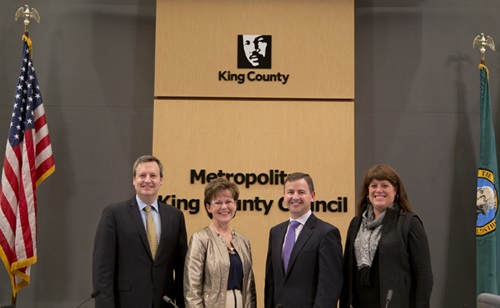 The Metropolitan King County Council gave its unanimous approval to a King County Budget that will lead to immediate, new investments in combating homelessness and improving public safety. Click here to read more.

Fee and levy ordinances: the next steps in budget deliberations 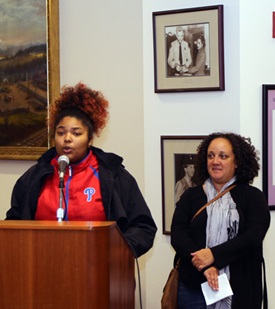 The Council’s Budget and Fiscal Management Committee is in the last phase of its budget deliberations.

The Committee has held three special night meetings in Redmond, Kent and here at the King County Courthouse. Those who came spoke about a wide variety of budget priorities, including keeping youth out of the criminal justice system, urging the County to find the funding needed to continue operating the County Sheriff’s Marine and Air Units, mental health programs, and alternatives to possible fee increases on septic system inspections.

The Budget Committee is now in the last stages of its committee work which includes reconciling all expenses with available revenues as well as reviewing the fee and levy ordinances for King County’s Biennial Budget.

On September 26, the budget process started with the Executive delivering his proposed budget. To complete the budget, there are additional steps the Council must take before a final vote:

Your input is vital to the final plan. We encourage you to continue to follow this process by visiting our Budget website, following us on Facebook and Twitter (#KCBudget), watching the proceedings on King County Television, and sending us your comments online.

On Tuesday, October 11, the Council will begin its intensive review of the Executive Proposed 2017-2018 Biennial Budget through three panels that will investigate separate parts of the proposed spending plan:

Budget Committee Vice Chair Kathy Lambert will lead the General Government Panel. That panel will focus on budgets from core governmental services, including internal service funds, as well as the Department of Permitting and Environmental Review.

County Council Vice Chair Rod Dembowski will chair the Physical Environment Panel. The panel will direct the Council’s assessment of the budgets of the Department of Transportation and the Department of Natural Resources and Parks.

And Councilmember Claudia Balducci will direct the Health, Human Services and Criminal Justice Panel. This panel will be responsible for the review of budgets located in Public Health and the Department of Community and Human Services as well as the County’s criminal justice agencies.

We want to hear your budget priorities, so please share your comments with us. 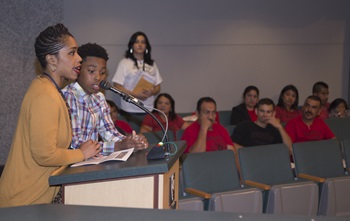 As Budget Chair Dave Upthegrove told the audience that came to Council Chambers to speak to the Budget Committee about their budget priorities, public testimony is a reminder "That the budget is more than just numbers."

Our next night meeting is on Thursday, October 13 at Redmond City Hall. We hope you will attend and speak to us about your budget priorities.

The Metropolitan King County Council’s Budget and Fiscal Management Committee starts its review of the Biennial 2017-2018 Executive Proposed Budget Wednesday, October 5 at 9:30 a.m. with a briefing from King County’s separately elected officials on the potential effect the budget will have on the public services they provide.

The Budget Committee will hear from:

The agencies headed by these elected officials are all supported by the County’s General Fund. The Executive’s proposed $11.3 Billion biennial budget includes a $1.6 Billion General Fund budget, three-quarters of which is targeted for law, justice and public safety services.

With the challenges facing the County Budget, it’s vital we know what your budget priorities are.

This will be our second Biennial (two-year) budget, during the first Biennial budget, more than 150 people came to our special night meetings to speak to the council about the programs and services they value.

The first of our three special meetings of the Budget Committee is Wednesday, October 5 in Council Chambers at the County Courthouse. The meeting starts at 6:30 p.m., and if you can’t make it, be sure to watch it on King County TV or online. 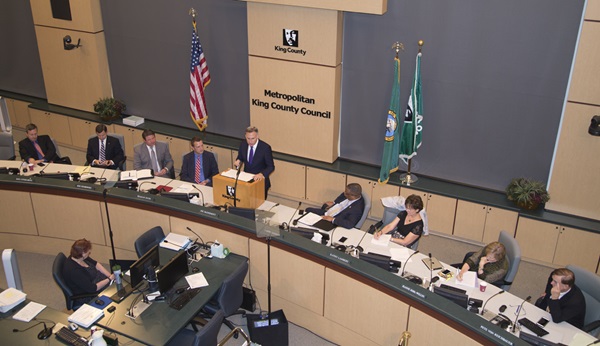 Budget Chair Dave Upthegrove will be joined by Committee Vice Chair Kathy Lambert, Council Vice Chair Rod Dembowski, and Councilmember Claudia Balducci in directing all of the members of the Council in the budget deliberations. Read more.

Tell the County Council your priorities for the Budget

Public input is vital to the creation of the King County Budget. Metropolitan King County Councilmember Dave Upthegrove, chair of the Council’s Budget and Fiscal Management Committee, wants the public to come tell the Budget Committee what their priorities are for the County’s 2017-2018 Biennial Budget at three evening meetings throughout King County:

All of the Budget Committee meetings will start at 6:30 p.m.

The county budget represents the single most important document through which the Council sets policy for county government and oversees the prioritization and delivery of critically important services.

On September 26, County Executive Dow Constantine will come to Council Chambers for his budget address and will present his proposed budget to the Council. Before a final vote in November, all members of the Council will work together to review, refine, and amend the Executive-proposed budget.

This will be the second, biennial or two-year, budget we will act on. And the challenges the County faces are significant. Learn more about those challenges by reading the budget basics pages.

Your input on the budget will be vital and we invite you to attend one of the three public meetings in east and south county, as well as downtown Seattle, on the proposed budget. All nine members of the Council serve on the Budget and Fiscal Management Committee during the budget negotiations, and we look forward to hearing about your budget priorities for the next two years.

Tell us your budget priorities

Budget basics and reasons for deficit