With a population of two million residents, King County grows more diverse every year. Since 2000, the county has grown by more than two hundred twenty thousand residents, with most of the increase attributable to people of color. Only half of that growth is from births. Most of the rest is from immigrants and refugees- from all parts of Asia, Latin America, Eastern Europe and Africa. Foreign-born residents, including immigrants and refugees, face particular challenges upon arrival in the United States.

The public is invited to submit comments via email at immigrantrefugee@kingcounty.gov or you can fill out the form below. The Task Force held a number of events around King County in 2016 to listen to and engage with members of the immigrant and refugee population in preparation for their final report and recommendations. The Task Force issued its final report and recommendations on July 8, 2016.

The final report is now available.

Hear from members of the Immigrant and Refugee Task Force:

Are you a member of ethnic/ alternative press and want to learn more about what is happening with the Task Force? Please send Erin Arya an email at erin.arya@kingcounty.gov or call at (206) 477-1014. 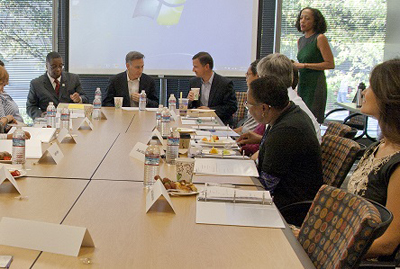