With the resignation of a commissioner due to health issues, Fire District 28—which which provides service to the city of Enumclaw and the surrounding plateau—had a vacancy on its three-member Board of Fire Commissioners. Appointing the third member of the Board will allow the Commissioners to best represent the Fire District and fulfill all the necessary responsibilities the Board of Commissioners are obligated to complete.

“I would like to thank the Citizens Advisory Panel for dutifully and judiciously reviewing the six well qualified and experienced applicants for this position.” said Councilmember Reagan Dunn, whose Council District 9 covers the majority of Fire District 28. “With the unanimous selection of Mr. McCall, the Board of Commissioners of KCFD #28 is well positioned to move forward in a collaborative fashion to provide emergency services to the residents it serves.”

McCall, who was sworn in by the Clerk of the Council, was unanimously chosen out of six candidates interviewed last week by a 5-member citizen advisory panel. The members of the panel, State Representative Christopher Hurst, Enumclaw Mayor Liz Reynolds, Fire Commissioner Dave Hannity, Fire Commissioner Angela Stubblefield, and IAFF Local 3931 President John Bloomer, reviewed the applications received by Councilmember Dunn and conducted the candidate interviews.

“I am anxious and honored to serve with my fellow Commissioners,” said McCall. “We have many challenges ahead.”

McCall is employed by the Federal Way Police Department and has been a resident of the Enumclaw area for over 20 years. As a Fire District Commissioner, his responsibilities will include governing the operations of the fire district in a number of areas:

McCall will finish the term of the former Commissioner, who had two years left on his term. 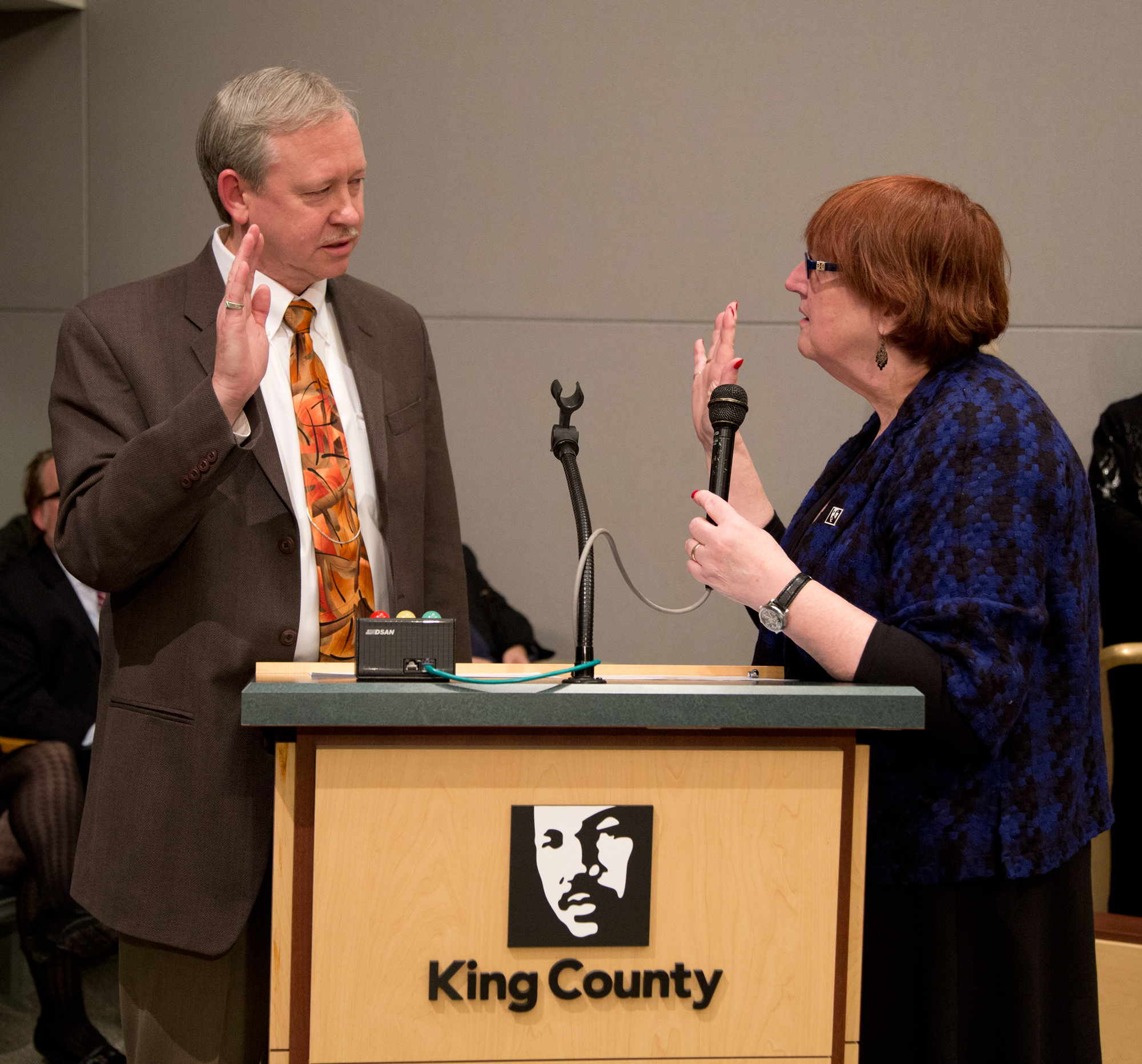 Stan McCall is sworn in by Council Clerk Anne Noris as the newest Commission for King County Fire District 28. McCall appointment was unanimously approved by the Metropolitan King County Council.