The Metropolitan King County Council today appointed Larry Jensen to serve as a Fire Commissioner for King County Fire District (KCFD) #28. KCFD #28 provides service to the city of Enumclaw and the surrounding plateau.

KCFD #28 had two vacancies on the three member Board of Fire Commissioners. There needed to be at least two Commissioners for the district to conduct business affairs.

“It was very important we at the Council act and act expediently to fill one of these openings,” said Councilmember Reagan Dunn, whose Council District 9 encompasses KCFD #28.  “Mr. Jensen will do a superb job representing the fire District and I am thankful for his willingness to serve.”

Appointing a new member as Fire Commissioner will allow the Board to resume normal operations, including evaluating whether to place a levy proposal on the fall ballot and review of the 2014 Fire District budget.

“My goal is to work with everyone and be very transparent,” said Commissioner Jensen. “I want the public to be aware of what we are doing and why we are doing it. As part of my commitment to openness, I will be recusing myself from voting on the appointment of the third fire commissioner position. I will be focusing my attention on ensuring the department maintains its current level of service.

Jensen is a lifetime member of the Enumclaw community. He worked for Maple Valley Fire and Life Safety from 1982 until 2010, beginning as a firefighter and mechanic and retiring as the Support Services Division Manager. He also served as a volunteer firefighter for Enumclaw Fire Department from 1968 through 1997.

Jensen is 1st Vice President for the Enumclaw Regional Healthcare Foundation Board of Trustees. Previously, he served as a Board Member of the Washington Fire Chiefs Association, Apparatus and Equipment Division and was also a member of the National Fire Protection Association Advisory Committee for Apparatus. 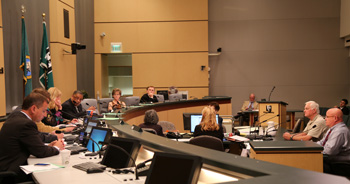 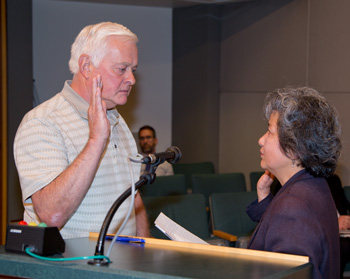