Corinna Wells dove in to rescue a victim who was drowning at Renton’s Gene Coulon Park. Two of the rescues occurred at Lake Sammamish State Park: Ian Fursman and Patrick Finigan saving individuals who had gone underwater. All three were presented Meritorious Service Awards for their actions.

“It is a privilege to be here today to honor Corinna, Ian and John for their heroic acts of bravery,” said Councilmember Dunn. “These heroes saw a problem and immediately jumped into action and as a result lives were saved. Our community is fortunate to have individuals like these in our midst.”

“Today we honor three heroes that saw a serious problem and sprang into action,” said Sheriff Urquhart. “Corinna, Patrick and Ian’s quick thinking saved lives, and I am proud to recognize their efforts by presenting them with a meritorious service award.”

“We are really grateful to Corinna, Ian and Patrick for their quick thinking and heroic action,” said Mayor Law. “They saw someone in trouble and instead of walking away took immediate action and as a result helped save lives. We can all learn from their selfless acts.” 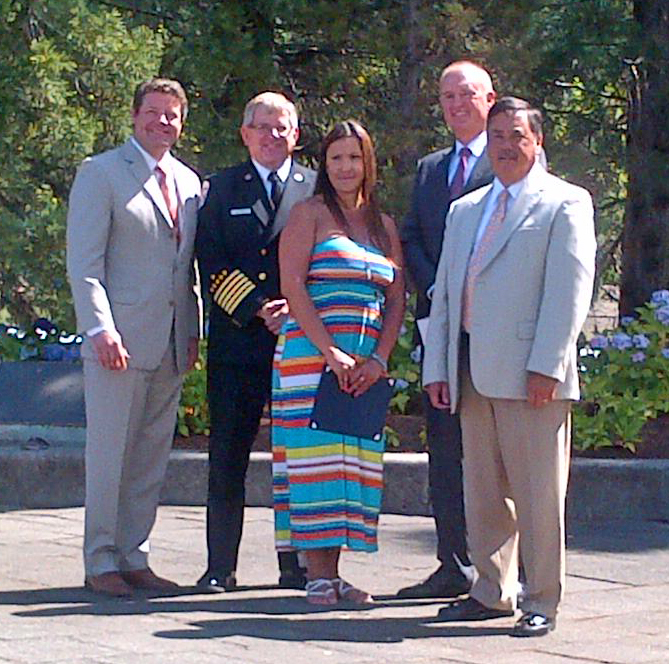