Becomes first Public Defender since position was created by voters


The Metropolitan King County Council today gave its unanimous approval to the appointment of Lorinda Youngcourt as the King County Public Defender, who serves as Director of the Department of Public Defense (DPD), the county agency responsible for the legal services provided to indigent defendants.

“In addition to an impressive background and skill set, Ms. Youngcourt brings an ample amount of well-rounded experience to our Department of Public Defense,” said Council Chair Larry Philips. “I congratulate her on her appointment and look forward to working with her in the future in meeting the challenges of her office.”

“Ms. Youngcourt is a strong, intelligent leader who comes to King County with a devotion to the efficient and effective implementation of justice,” said Councilmember Kathy Lambert, chair of the Council’s Law, Justice, Health and Human Services Committee. “I look forward to her leadership and her commitment to serving the indigent population of King County.”

“Because defendants are entitled to an attorney regardless of their income or status, public defense plays a crucial role in the criminal justice system,” said Councilmember Larry Gossett. “The voters understood that role when they supported the creation of a King County Public Defender. I look forward to working with Ms. Youngcourt to bring our public defense office into higher and more responsive levels.”

Youngcourt will direct an agency of 400 employees, including 225 attorneys, working in five locations in Seattle and one location in Kent. The Department of Public Defense provides legal advice and representation to people who cannot afford an attorney and are facing either criminal charges or certain other legal matters, such as juvenile dependency, civil commitment, or civil contempt proceedings.

Youngcourt will be the first King County Public Defender appointed since the position was created by a King County Charter amendment that voters approved in 2013. Her appointment is the culmination of a process that began with a national search. All qualified candidates were evaluated by the King County Public Defense Advisory Board, a citizen panel that also was created by the charter amendment. It was from among the candidates recommended by the Advisory Board that the County Executive selected Youngcourt for the appointment.

“After a competitive nationwide search process I believe we have found a leader in Ms. Youngcourt that will continue King County’s proud tradition of providing quality legal services to those who are accused of a crime and cannot afford an attorney,” said Councilmember Reagan Dunn.

“Lorinda Youngcourt understands the elements that make our public defender system one of the best in the country,” said Councilmember Rod Dembowski. “As our new King County Public Defender, I know Ms. Youngcourt is committed to promoting access to justice and equity in the criminal justice system, and will work each day to continue King County’s excellent tradition in representing indigent defendants.”

Youngcourt brings close to three decades of experience to the DPD, with a background in criminal defense in both public and private practice.

Before coming to King County, Youngcourt was the Chief Public Defender for the Lawrence County Public Defender Agency in Bedford, Indiana. She was also chair of the Indiana Public Defender Council, a state judicial branch agency that provides support services to the state’s public defenders and statewide leadership on criminal justice issues.

Youngcourt also brings experience in the classroom, having taught courses at Indiana University’s School of Criminal Justice. She is also a faculty member of the National Criminal Defense College housed at Mercer Law School in Macon, Georgia which is internationally recognized for its trial skills program for criminal defense lawyers.

“I am so proud to have been chosen and confirmed to lead this robust department, a group of people deeply committed to indigent defense. Thanks to a charter amendment passed by voters, we have a mandate to not only provide excellent and effective counsel to those involved in the criminal justice system but to also foster and promote system improvements, efficiencies and equity and social justice,” said Youngcourt. “This is an exciting time for public defense in King County, and I'm thrilled at the opportunity to lead this talented team of professionals as we take indigent defense to the next level.”

Read more about this legislation on the King County Council’s LEGISEARCH system at https://mkcclegisearch.kingcounty.gov  and type in “2015-0001” 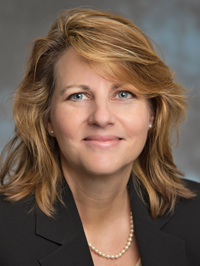