Doreen Johnson was a teacher, community leader and advocate for the preservation of the natural habitat that surrounded her in Southeast King County. Johnson passed away in 2014, but today the Metropolitan King County Council ensured that she will always be a part of the region she loved with its unanimous approval to rename parcels in the County’s Green River Natural Area in her memory.

“This recognition honoring all the great work Doreen Johnson has done over the years is long overdue,” said Council Vice Chair Reagan Dunn. “Doreen’s service as a leader, advocate, and educator are greatly appreciated and serve as an example of service to one’s community for others in the future.”

“Doreen was a trailblazing protector of our watersheds and salmon habitat in South King County,” said Councilmember Pete von Reichbauer.  “Her passion helped preserve some of Puget Sound’s most valuable resources for today and future generations.”

In addition to her vocation as an educator, Doreen Johnson contributed to the community in many ways, as a volunteer, leader, advocate, and donor:

In 2007, the King County Executive awarded Doreen Johnson a Green Globe Award for her work to protect and improve King County’s environment.

The approved legislation would rename four parcels—approximately 58 acre—within the Green River Natural Area the Doreen Johnson Conservation Area, as a way of honoring Doreen Johnson for her service and leadership in Southeast King County. 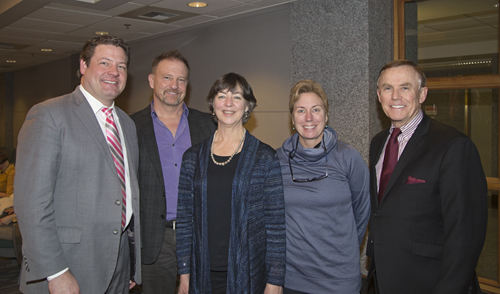