On Mar. 22, Governor Jay Inslee signed into law legislation to improve reporting of incidents of newborn abandonment. The legislation, focuses on efforts to continue raising public awareness efforts about Washington State’s protections for newborn babies with the goal of saving the lives of newborns. King County Council Vice Chair Reagan Dunn and Councilmember Jeanne Kohl-Welles worked with the legislation’s sponsors, Senators Guy Palumbo, Joe Fain, and Sharon Nelson, to advocate for its passage.

“This life-saving act has been on the books for more than a decade, but we know relatively little about how many abandonment incidents happen and how many could have been prevented,” said Sen. Guy Palumbo, D-Maltby. “With reliable data, and better coordination between agencies, we can make caregivers more aware of our safe surrender option.”

“Better data and information about newborn babies given up by their parents will allow us to more effectively reach parents in crisis and ensure the right services are available and known to the public in this time of need," said Sen. Joe Fain. "I appreciate Councilmembers Dunn and Kohl-Welles for leading this effort and partnering with the Legislature to get the bill passed and signed into law.”

On February 12, 2014, an infant, named Baby Kimball after the bridge near where she was found, died wrapped in a blanket in the woods less than a half a mile from a hospital near the city of North Bend. Since her death, the King County Council has been actively working to examine ways to prevent similar tragedies in the future.

“To help prevent future tragedies, especially the death of newborns, it is crucial to have current and accurate data to guide public outreach strategies,” said County Councilmember Jeanne Kohl-Welles, who was the prime sponsor of the original safe haven legislation in 2002 while a member of the state Legislature. “With this law, we will continue and enhance our efforts to educate struggling new parents on their options. One of the options will be for these new parents, who are usually in their teens and unable to care for a newborn, to be able to safely surrender their child without fear of prosecution or other legal repercussions.”

In Washington state, parents can leave newborns with qualified individuals at hospitals, fire stations or federally designated rural health clinics. The Safety of Newborn Children Law allows parents to do this anonymously up to 72 hours after the birth of a child without fear of prosecution for abandonment. 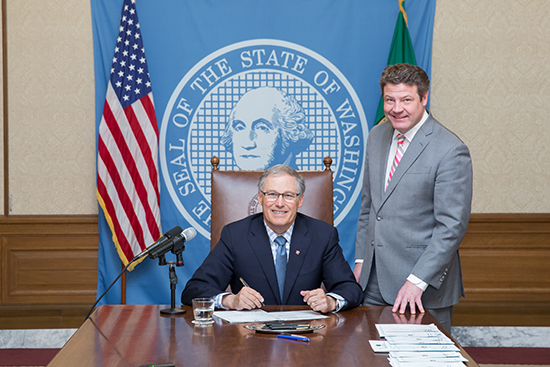