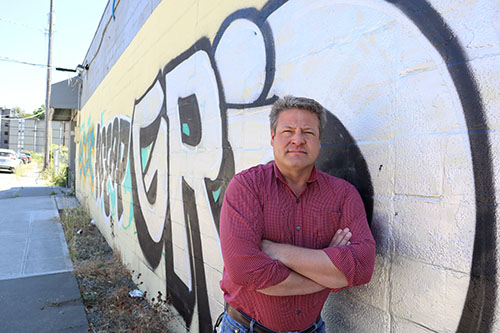 As the region experiences a dramatic surge in homicides and firearm violence, King County Councilmember Reagan Dunn on Wednesday introduced legislation that would reestablish a gang unit within the King County Sheriff’s Office (KCSO).

“The crisis levels of violent crime that we’re seeing in King County is nothing short of tragic. We cannot let them continue to escalate without intervention,” Dunn said. “Right now, the Sheriff’s Office is overwhelmed with record rates of murder and shootings while dealing with a massive shortage of staff. Lives count on whether we provide them with the resources they need to keep residents safe.”

Three people were shot in Rainier Valley last month in a drive-by shooting thought to be an instance of gang violence. A recent shootout in White Center left two men dead.

Dunn’s legislation calls for funding for at least one dedicated KCSO deputy and one sergeant to lead investigations to address gang-related crimes, collect data, and develop community outreach initiatives to prevent gang recruitment and support communities impacted by gang activity.

“A dedicated team of gang investigation experts, partnered with community-based outreach service providers, would be a powerful law enforcement resource,” said Kent Police Chief Padilla. “As the Chief of a city that is significantly impacted by the devastating impacts of violent crime, a dedicated gang unit is an asset that I would strongly support.”

As of 2019, there were 116 active street gangs in King County with 15,000 members, according to a report published by the Center for Children & Youth Justice. However, following the recent budget cuts to the King County Sheriff’s Office that were approved in 2020, the Sheriff’s Office has indicated it has been unable to staff operations outside patrol duties, including targeting gang violence.

The legislation will be referred to the Law and Justice Committee.