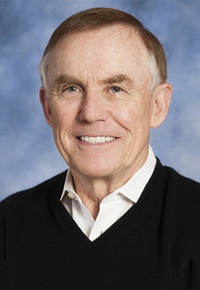 Prior to his election to the King County Council, Pete served as a member of the Washington State Senate where he focused on fiscal and consumer issues while chairing the Senate Committee on Financial Institutions and Insurance. As a state senator and councilmember, Pete has promoted expanding parks and recreation facilities as well as enhancing public and private support for education.

Some of his notable achievements on the King County Council include forging public/private partnerships to protect the Hylebos Wetlands (a near shore salmon breeding habitat), helping fund the construction of the South King County Baseball fields, blocking the development of Sexual Predator Housing in residential areas of South King County, and securing the acquisition of Bingaman Pond as a County Park. In addition, von Reichbauer helped fund and rebuild Redondo Beach Drive, facilitated the construction of the Federal Way Transit Center and the 317th HOV ramps on Interstate 5, and worked with state and federal authorities to help construct the I-5 Triangle interchange in Federal Way.

In the 1990s King County was threatened by numerous secession proposals that would have split the regional government into separate counties. When Pete became chair of the Council, he responded to this issue by hosting an unprecedented 20 public meetings outside the Courthouse, in the process building stronger communication with the County’s rural residents and 39 cities.

Pete von Reichbauer grew up in Lakewood, Washington and was the second son of Ludwig and Marian von Reichbauer. He went to public and private secondary schools, and graduated from the University of Alabama with a degree in History. After college he joined the US Army through the Reserve Officers’ Training Corps (ROTC). In the course of his military service Pete was stationed at Ft. Bragg, North Carolina, Ft. Benjamin Harrison, Indiana and Ft. Benning, Georgia as well as overseas in Japan. After serving on active duty, the U.S. Army Reserve, and the Washington Army National Guard, he retired at the rank of Major.

One of the most pivotal moments in von Reichbauer’s career came in 1996 when Ken Behring, owner of the Seattle Seahawks, announced he was moving the team to Los Angeles. After other negotiators and civic leaders failed to convince Behring to sell the team and he left the bargaining table, von Reichbauer entered the process. He soon found himself one of the last people standing on behalf of local government and the Seahawks fans. At a meeting that featured many of Paul Allen’s closest business advisors, von Reichbauer was able to convince the group of the merits of saving professional football for the Puget Sound region. Sometime later, Paul Allen agreed to purchase the team and von Reichbauer was hailed as one the most important public figures in the fight to save the Seahawks. The Seattle Times called him a “hero of the fight,” and former County Executive Ron Sims has said, “Pete von Reichbauer did a fantastic job keeping the Seahawks in Seattle. I don't believe it would've happened without his intervention.”

In his civic life, Pete has served on the founding boards of trustees for St. Francis Community Hospital, the Federal Way Boys and Girls Club, vice chairman of the United States Olympic Committee of Washington, Federal Way Kiwanis (past president), as well as serving on many other civic organizations.

Currently, Councilmember von Reichbauer is the chair of the Regional Policy Committee and chair of the Government Accountability and Oversight Committee. In addition, he is vice chair of the Mobility and Environment Committee, and is a member of the Committee of the Whole, the King County Flood Control District, and the Sound Transit Board of Directors.