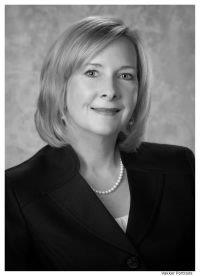 Appointed to the King County District Court (KCDC) bench in 2016, and subsequently elected later that year, Judge Laurel Gibson currently is assigned to the Burien courthouse, where she hears all district court case types.

Judge Gibson is a member of the KCDC Equity and Social Justice Committee, Budget Committee, Rules Committee and sub-committee member for the Pre-trial Services Reform Task Force.  Prior to her appointment to the bench, she served as a King County District Court pro tem judge from 2014 to 2016, and as an administrative law judge with the Office of Administrative Hearings from 2011 through 2016. She was a public defender in King County for more than 12 years.

Her previous professional experience includes working as a resource manager with the Washington Department of Social and Health Services (DSHS), where she was involved in developing community-based residential living alternatives for persons with developmental disabilities who were transitioning out of institutional living.  At DSHS, she also served on the agency’s Crisis and Diversion Planning Committee.

A native of South King County, Judge Gibson earned an undergraduate degree in political science from the University of Washington, and a law degree from the Seattle University School of Law.