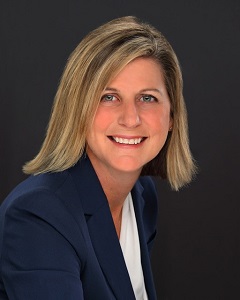 Judge Klinge was unanimously appointed to the King County District Court bench by the King County Council in 2019. She is currently assigned to the Bellevue courthouse, where she presides over a variety of criminal and civil matters. Judge Klinge is committed to providing justice fairly and equitably in her courtroom, and creating an atmosphere of respect and accountability.

After earning a B.S. in Managerial Economics from UC Davis in 1988, and a J.D. from UC Davis School of Law (King Hall) in 1991, Judge Klinge served as a deputy district attorney in Oakland, California, until her family relocated to Washington. After several years of practicing in wills and estates, Judge Klinge served as a prosecuting attorney for the City of Redmond for thirteen years. From 2013-2019 she served as a pro tem judge in King County District Court, and in the municipal courts of Issaquah, Renton and Tukwila.

Judge Klinge has lived with her family on the Eastside since 1996. Her husband is an attorney in Bellevue, and her children (now grown) attended public school in the Bellevue School District. Judge Klinge serves on the Board of Directors at Village Theatre in Issaquah. She has also been an active volunteer with Boy Scouts, Girl Scouts and the Bellevue School District.