King County voters passed the first Veterans and Human Services Levy to generate funding for a wide range of programs to assist: veterans, military servicemembers (and their families) and individuals and families in need.

King County voters overwhelmingly supported a six-year renewal of the Veterans and Human Services Levy (expired December 31, 2017).  The VHSL Service Improvement Plan guided the implementation of the levy from 2005 - 2017.

How the Veterans, Seniors & Human Services levy is meeting its goal and serving the public 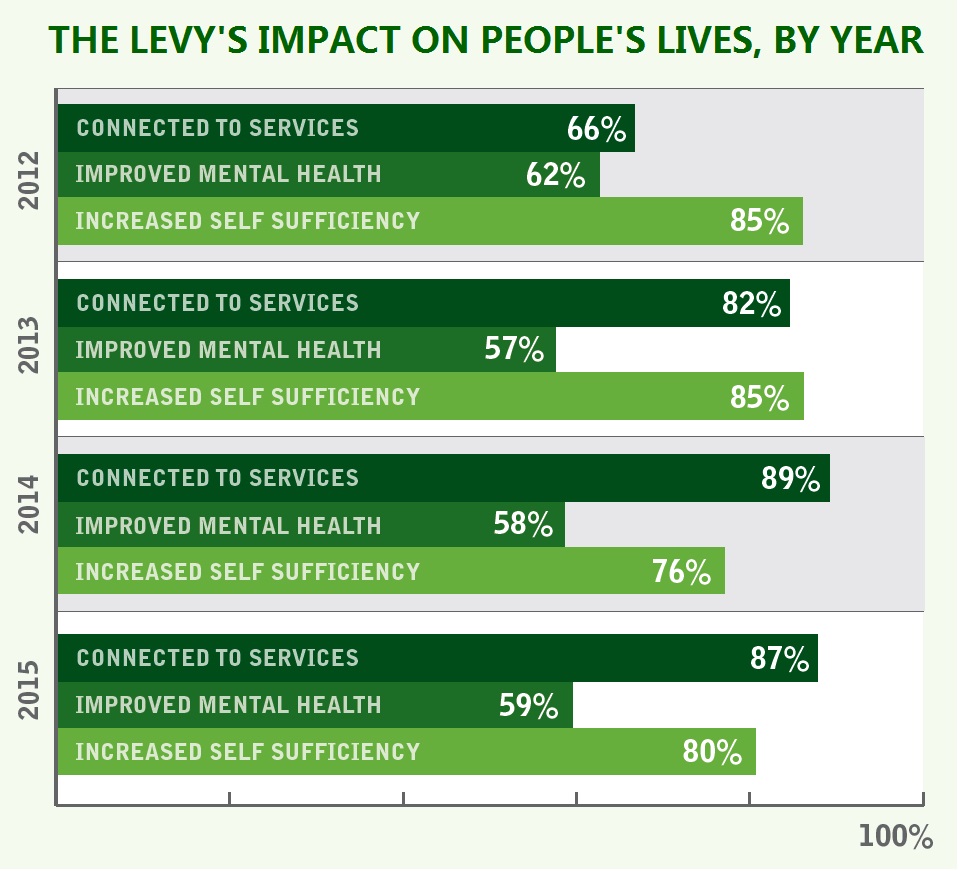 Eight levy-funded outreach programs have helped over 3,000 veterans and other vulnerable individuals find the help they need each year. 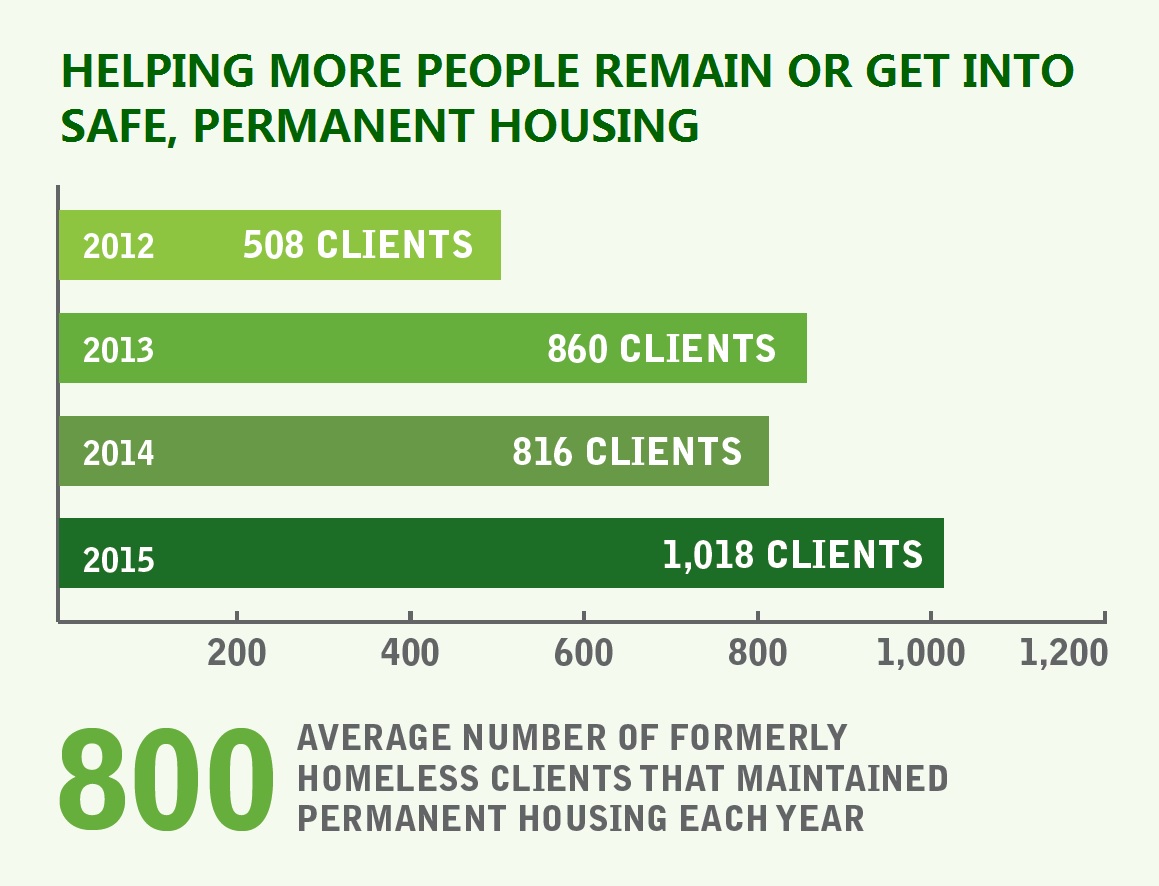 Each year since 2012, the levy has helped almost 88 percent of the people in levy-funded housing programs either maintain their housing or enter permanent housing. 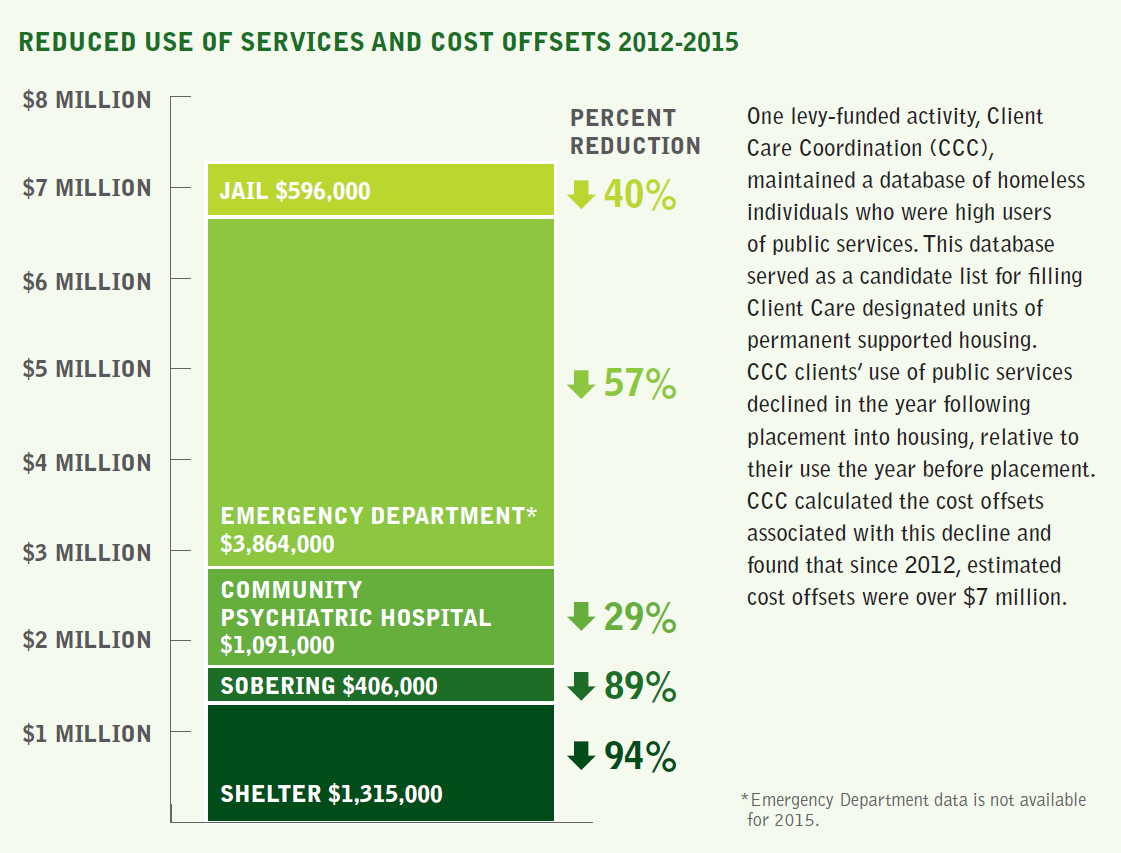 Since 2012 an average of 780 people were stabilized in programs each year reducing their emergency medical and criminal justice involvement.