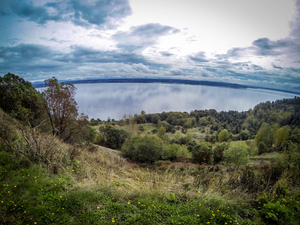 Set for 6:30 – 8 p.m. at the Vashon Public Library, the meeting will include current information about stewardship and soil remediation activities planned for the site, which was contaminated for several decades by material from a metal smelter in Pierce County.

The main agenda topics include presentations of the draft interim action cleanup plan, plus an update on work to remove the old gravel-loading pier, which is scheduled to begin later this year.

Soil remediation work that might begin as early as this fall could include:

• Placing clean gravel along some trails through the property, and closing access some  smaller minor trails;
• Clearing and replanting roughly three acres of invasive Scots broom and Himalayan blackberries; and
• Installing a hygiene station where visitors can wash their hands and clean dirt from their shoes.

The land was purchased from CalPortland in December 2010, with the involvement of Forterra. Acquisition funding came from the King County Conservation Futures Tax, Washington State Department of Ecology ASARCO Settlement fund and an amendment to CalPortland’s existing royalty agreement for another mining site.

For more information about this project, visit https://kingcounty.gov/services/parks-recreation/parks/parks-and-natural-lands/natural-lands/maury-island-natural.aspx.