Owners of historic barns and other agriculture-related structures could be eligible to receive grant funding for projects that stabilize and extend a building’s useful life through King County’s “Barn Again” historic preservation grant program. 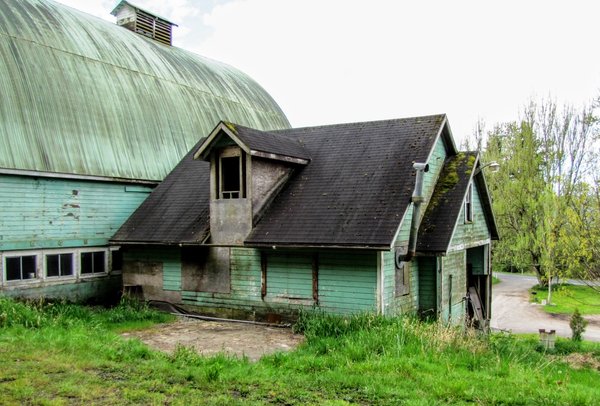 King County’s Historic Preservation Program will award up to $250,000 in the second round of its “Barn Again” historic barn preservation grant program this spring.

Applications are now being accepted for projects that stabilize and extend the useful life of historic barns and other agricultural structures. Prospective grant recipients can learn more about the program at any of three workshops that are scheduled for later in February and March.

The “Barn Again” program was re-launched in 2016 as part of King County and 4Culture’s Building for Culture Initiative, which leveraged early payoff of Kingdome debt to provide significant funding for cultural facilities and historic properties throughout the county.

The first of two competitive grant rounds was completed last year, providing a total of $235,000 to nine qualifying projects.

Six barns, three milk houses, one milking parlor, and one chicken house located in King County’s eastern and southern rural areas were awarded funding in 2016. Many applicants contributing some level of matching funds or in-kind donation of labor to help the county funds go further, although that was not required.

Projects funded in the 2016 grant round included repairs to windows and electrical systems, structural upgrades, new foundations and new roofs. Twenty-two grant applications were received and the total amount of funding requested for projects was just short of $1 million.

To be eligible for 2017 “Barn Again” funding, barns, outbuildings, and agriculture-related community spaces, such as grange halls, must still convey their historic character, be more than 40 years old, located in King County and in need of substantial repair.

Grant awards are anticipated to be in the range of $5,000 to $50,000 for projects that extend the life of the building and retain historic features.

Applications are due April 21. King County Historic Preservation Program representatives are hosting a series of free workshops where interested barn owners can learn more about the application process and get assistance planning viable scopes of work.

Workshops are scheduled for: