As the summer solstice 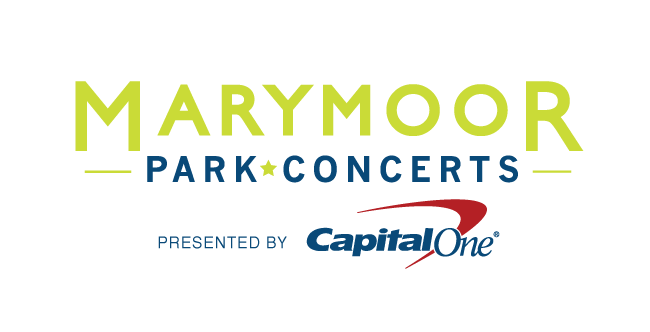 The concert series lineup also includes recent additions Beck (Aug. 25), and The Shins (Sept. 23). The series’ finale performance is with Sturgill Simpson on Sept. 30. Both Rebelution (June 24/25) and 1077 The End’s Summer Camp (August 12/13) will take place over two days.

2017 also welcomes a new presenting series sponsor to Marymoor. “We are pleased to be partnering with Capital One for the 2017 Marymoor Park Concert season,” said AEG Presents Regional Vice President, Rob Thomas. “Thrilled for them to be joining us for an exciting summer of great performances at Marymoor Park.”

“Capital One is redesigning the banking experience,” said Ryan Laudenbach, Market Lead for Capital One Cafes. “A part of our mission is being an active member of our communities, a part of the local fabric and flavor, which is why we are delighted to be sponsoring the Marymoor Park Concert Series this year.”

Capital One provides customers with the flexibility to bank wherever and whenever they need, ensuring they have access to resources and support every step of the way. The company is opening two new Capital One Cafés in the Seattle area later this year (333 Westlake Ave. and 400 Bellevue Way NE). Capital One Cafes are an intersection of both digital and physical worlds, a space that’s intentionally designed for how people live and bank today. The Capital One Cafes are about solving visitor’s financial problems and helping them reach their money goals.

In addition to welcoming Capital One, AEG Presents is proud to have Waterbrook Winery on board for the 2017 summer season. Founded in 1984, Waterbrook is a premier winery recognized for producing world-class wines. From their vineyard in the heart of Walla Walla to every bottle, winemaker John Freeman carefully crafts his wine to exemplify the depth and breadth of Washington. Visit www.waterbrook.com for more information.

Now in its fifth year, the Marymoor Park Concert Series consistently provides a diverse array of entertainment within a scenic location at King County’s Marymoor Park, near Redmond.

There is no better summer experience than spreading out a blanket on the lawn, kicking off your shoes, and sampling some of the region’s finest gourmet food trucks while enjoying an unparalleled view of your favorite band. With amazing evening sunsets and stars on stage and in the sky, every seat is the best seat in the house at King County’s best outdoor venue – Marymoor Park.

All shows at Marymoor Park feature general festival seating on the lawn. Select shows have reserved seating available. All performances take place regardless of weather. For an enhanced, premium experience, Pines Club upgrades are available for each concert on the series (subject to availability). For more information contact: pinesclub@marymoorconcerts.com.

Sunday, July 2
AN EVENING WITH WEEN
Presented by Marymoor Park Concerts and Monqui

TICKETS & INFORMATION:
Tickets for all shows are on sale now unless otherwise noted. Tickets can be purchased online at AXS.com, by phone at 888-929-7849, or at three convenient box office locations:

About Capital One
Capital One Financial Corporation (www.capitalone.com) is a financial holding company whose subsidiaries, which include Capital One, N.A., and Capital One Bank (USA), N.A., had $241.2 billion in deposits and $348.5 billion in total assets as of March 31, 2017. Headquartered in McLean, VA, Capital One offers a broad spectrum of financial products and services to consumers, small businesses and commercial clients through a variety of channels. Capital One, N.A. has branches located primarily in New York, Louisiana, Texas, Maryland, Virginia, New Jersey and the District of Columbia. A Fortune 500 company, Capital One trades on the New York Stock Exchange under the symbol "COF" and is included in the S&P 100 index. Visit the Capital One newsroom for more Capital One news.