The Saint Edward Seminary building in Saint Edward State Park, a rare example in King County of the Late Romanesque Revival style, has been unanimously designated as a City of Kenmore landmark. 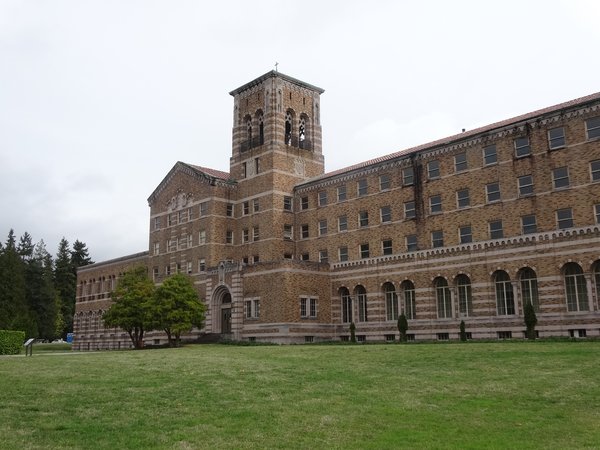 Seminary building, which has stood as a focal point in Saint Edward State Park since 1931, is now a City of Kenmore landmark.

“The Seminary has always been a community treasure in Kenmore and we are so pleased to see it formally designated as a local landmark,” said Kenmore Mayor David Baker. “The thoughtful and careful rehabilitation will maintain this iconic building’s historic integrity, architecture, and picturesque setting, and for the first time in history, the public will be able to experience and enjoy the inside of the building. It’s very exciting.”

Designed by architect John Graham Sr., whose expansive body of work includes a number churches in Seattle and several buildings on the University of Washington campus, the seminary is an outstanding example of the Late Romanesque Revival style – and is one of few buildings in King County that display this imposing style and scale.

Establishment of the seminary was a seminal achievement in the life of Bishop Edward John O'Dea, who was a leading regional figure in the Catholic Church, serving as the first bishop of the Diocese of Seattle from the time of its official formation in 1907 until his death in 1932.

The building served as the Northwest’s preparatory school for the Catholic priesthood for 45 years and was the first accredited full seminary university in the United States. The seminary closed in 1976. In 1977, the property was sold to the State of Washington and became Saint Edward State Park, which includes 316 acres of the original 366-acre seminary campus.

The seminary building sat largely vacant and deteriorating for the next 40 years, due to a lack of state funding for programming and maintenance.

In 2017, the Washington State Parks and Recreation Commission partnered with Daniels Real Estate, which is undertaking a complete building rehabilitation project.

Saint Edward Seminary was listed in the National Register of Historic Places in 2007, making the adaptive reuse project eligible federal preservation tax credits and ensuring that changes to the building meet adopted preservation standards. The City of Kenmore and Daniels Real Estate jointly nominated the seminary for Kenmore landmark status, with support from State Parks.

About DNRP
The King County Department of Natural Resources and Parks works in support of sustainable and livable communities and a clean and healthy natural environment. Our mission is to foster environmental stewardship and strengthen communities by providing regional parks, protecting the region's water, air, land and natural habitats, and reducing, safely disposing of and creating resources from wastewater and solid waste.