For those who were not able to register online, Elections staff developed a new outreach process to increase access by offering registration forms and educational materials to cities, libraries and fire stations. This is a practice that will continue.

King County also expanded outreach to young voters. For the first time King County measures were included in the student mock elections, which are open to all public, private, tribal and homeschool students in grades K-12. The mock elections were sponsored by the Washington Secretary of State with nearly 10,000 students participating from across the state, a third of which were in King County.

Department staff also attended 39 Naturalization ceremonies in 2015, many of which took place in local libraries. By attending these events, Elections was able to celebrate these new citizens by immediately letting them register to vote! Approximately 1,139 new voters were registered at these ceremonies alone. 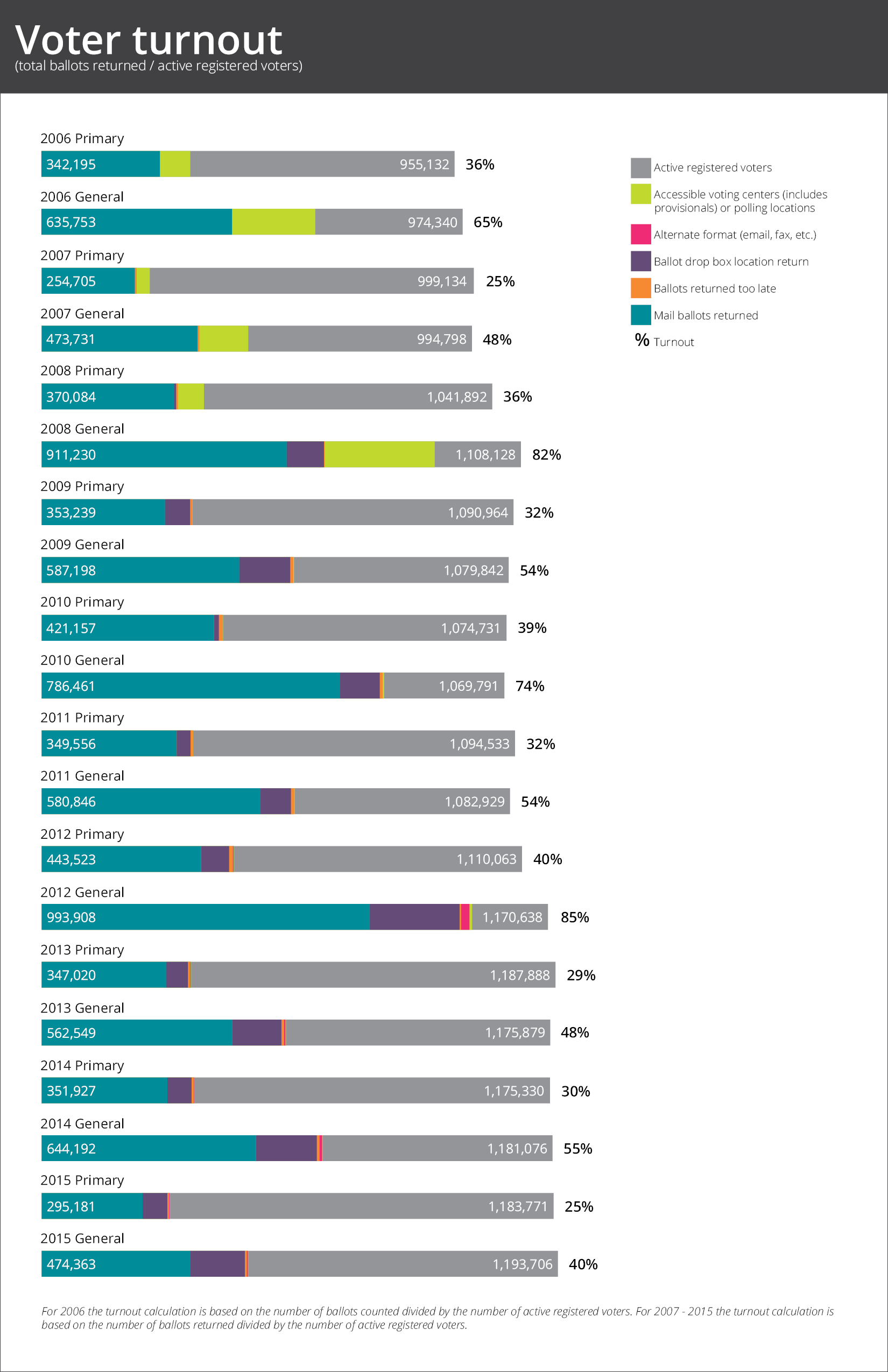