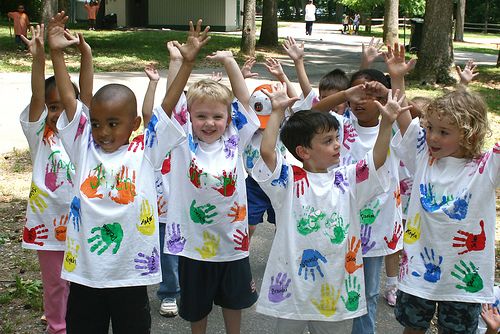 Kids’ Court is an innovative court awareness program developed to:

Kids’ Court is an experiential and activity-based program held at least six times a year on Saturdays in a courtroom at the King County Courthouse in Seattle or the Norm Maleng Regional Justice Center in Kent, Washington.  Through a standardized curriculum, participants engage in discussions with a judge and prosecutor.  Utilizing role-plays, question and answer sessions and fun games, the program increases children’s knowledge of courtroom personnel and procedures. The afternoon session focuses on enhancing self-confidence and introduces stress reduction techniques.

At Kids’ Court, kids learn that the most important rule of the court is telling the truth.

Kids’ Court is designed for children ages 4-12. As the day progresses children in the group learn:

While children attend the Kids’ Court Program, parents and caretakers  attend a concurrent program designed to address their needs and answer their questions about the justice system.

To support and reinforce the parent program, each participant receives a Parent Informational Packet and a relaxation tape.

Children who have experienced sexual victimization or have suffered from other forms of crime or traumatic events may suddenly and involuntarily become involved in the criminal justice system.  Many things about this system are complicated and can evoke feelings of anxiety.  The Kids’ Court philosophy is that no child should encounter having to testify in court without assistance in making that experience less intimidating.  Kids’ Court educates and supports children and their parents and caretakers as they participate in the criminal justice process.

Kids’ Court is nationally recognized as a “best practices” program and has received many awards and recognitions including:

Kids’ Court has served thousands of child victim/witnesses of sexual abuse and other crimes and their families since the program began in 1989. One parent of a very young child-abuse victim conveyed the opinion of most Kids’ Court participants when she said, “Kids’ Court was the most positive experience we’ve had (in dealing with the legal system).

For further information about Kids’ or Teen Court, please:
call 206-477-1200 or email: prosecuting.attorney@kingcounty.gov. 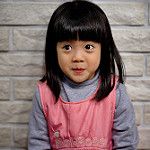 Ana, an eight-year-old victim of sexual abuse, entered the courthouse rotunda of the Maleng Regional Justice Center. Small for her age—with large, liquid brown eyes and long, black hair—she appeared frightened and withdrawn. Invited to take part in Kids’ Court, a program designed to help children learn about the court process and gain skills in managing the potential fear and anxiety related to testifying in court, she clung to her mother as she approached the registration table. Head down, she timidly looked away when staff tried to engage her. Although the program facilitators drew most of the children into the entertaining activities, Ana refused to participate on her own, though she listened intently and courageously whispered responses to her advocate who sat with her. It seemed as if Ana’s extreme discomfort and shyness might impair her ability to fully benefit from the group learning experience.

As the morning progressed, however, Ana gained confidence and a sense of safety. She became more involved with the other children, participated in activities, and at the program’s end, consented to work with the facilitators on a one-to-one basis. Ana amazed everyone when she role-played with the prosecutor and practiced responding to questions confidently and truthfully into the microphone while sitting in the witness chair. As the parents reunited with the children after their special session, Ana, wearing a huge smile and bursting with energy, cornered her worried mother to share all that she had learned.

Like so many other children who suffer hurt, loss, and trauma from sexual abuse, Ana was transformed during Kids’ Court from a victim—fearful and unfamiliar with the justice system—to a brave young person with increased knowledge, self-worth and coping skills—an individual who understands that adults respect and believe in her.

October, 2012 will mark the 23rd birthday of King County Kids’ Court. The value of this “best practices” program, staffed entirely by dedicated volunteers from the legal system, advocacy organizations, and the community, is reflected in the following words of the late King County Prosecutor, Norm Maleng: “Being tough on crime is only half the job. Reaching out to victims, especially child victims, to begin the healing process is also our responsibility—one that we must never fail” (Maleng, 1997).