(Near Renton) King County Sheriff’s detectives have released a sketch of the suspect who assaulted a 16 year old girl at her home near Lake Kathleen on Tuesday. The suspect, who is unknown to the girl, stabbed her in the stomach with an “exacto” knife then fled the scene.

King County Sheriff’s detectives have released a sketch of the suspect who stabbed a 16 year old girl on Tuesday near Lake Kathleen.  The girl was at home in a workshop near her house.   As the girl was leaving the workshop the suspect confronted her and stabbed her in the stomach with and “exacto” knife.

The suspect is described as a white male approximately 30 years old, 5’9”, 180 with dark, spiky hair and green eyes.  He had a few days growth of beard or stubble.  He was last seen wearing a dark shirt, dark pants and black gloves.  He is described as clean cut.

A neighbor reported seeing a man matching the description in the area a few days prior to the assault.

If you have information about this crime please call the King County Sheriff’s Office at 206-296-3311. 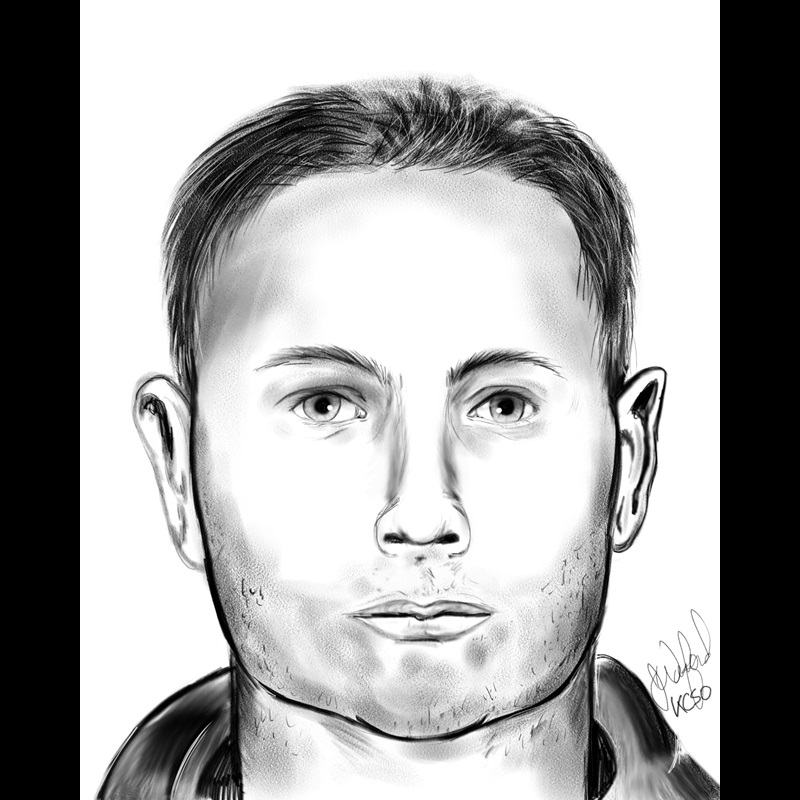