To perform the necessary tasks on the airport and access the runways and taxiways, officers have to know Part 139 of the Federal Aviation Administration regulations, and be well versed with airport operations and aircraft nomenclature. In addition to providing general airport security and ensuring that only authorized persons have access to restricted areas, officers also perform arrests and enforce the law within and around the airport for various criminal offenses and traffic violations.

With all the duties and responsibilities that airport officers are tasked with, they serve as part of the safety and security network which keeps aviation one of the safest modes of travel today. 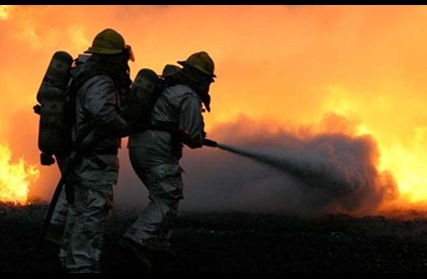 "The Aircraft Rescue and Firefighting (ARFF) unit is highly specialized in the skills of Law enforcement, Firefighting, Emergency Medical Technician and Community Outreach. We are constantly training to meet all of these expectations and services needed by the Airport. We are very proud of the Airport and the part that we play in keeping it safe and in providing safety services to all our customers and travelers, to enhance their aviation experience. As Community Outreach specialists, we are very comfortable giving lectures, tours and training to our Community groups and partners. At ARFF, if we are not training we are doing. If we are not doing, we are training. The ARFF unit is proud of our Sheriff’s Office and the airport team. We enjoy the support of both entities and the role we play in supporting the mutual contract."