SCATBd was initially formed in the late 1980s to identify and promote transportation improvements in South King County. Originally consisting of four member cities and King County, this formation expanded in 1992 to include 14 cities. This was accomplished through adoption of formal motions by each participating jurisdiction.

Since 1992, SCATBd has provided valuable input to the development of the King County Metro Transit Six Year Plan and service implemented in accordance with that plan, the development of the south county elements of the Regional Transit Authority's (RTA) "Sound Move" plan that received voter approval in November 1996, and has competed successfully for federal Intermodal Surface Transportation Efficiency Act (ISTEA) funding. 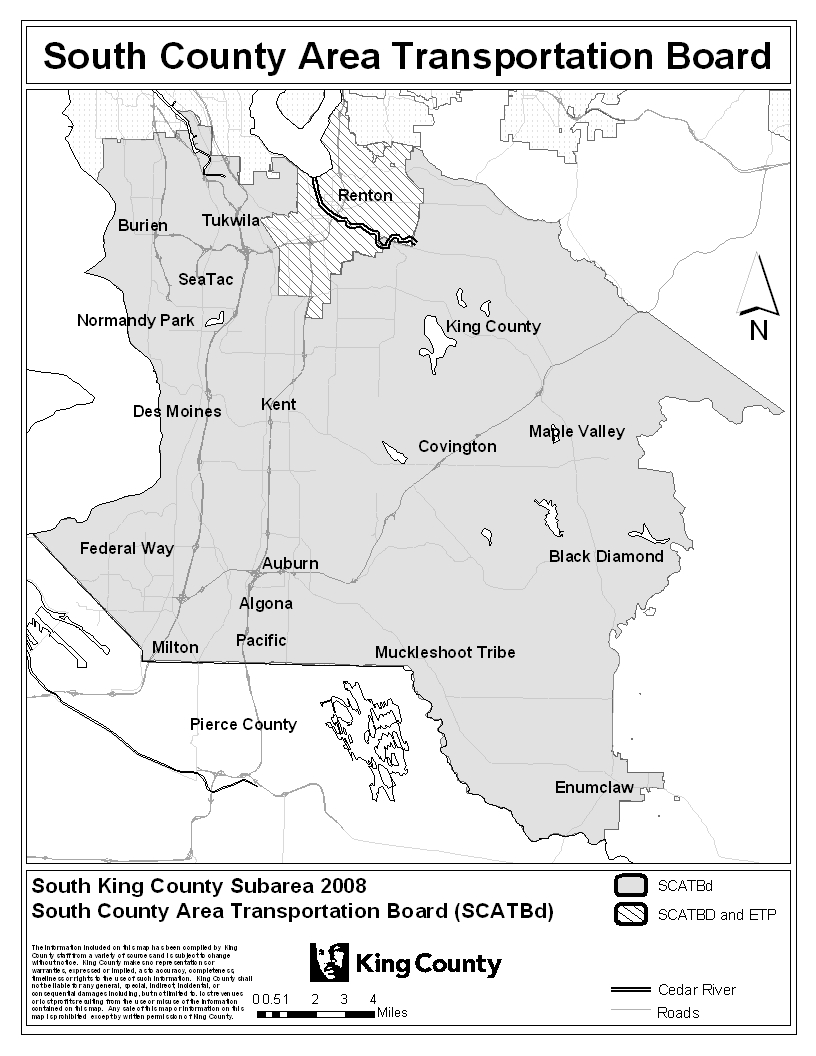