We need a fair tax system

Executive Constantine lays out his vision for a fair, simple, stable tax system in a keynote address to the Sound Cities Association

In a democracy, where the people are the sovereign, we collectively choose to raise the funds to collectively do things together that we can't do alone.

And together with our neighbors we decide whether to raise the funds to educate our children or to pave our roads or to keep our communities safe.

I think we can all agree on this point. Taxes should be fair.

Now, what is fair depends on where you stand, obviously, but I would submit this: That fairness comes down to your ability to pay.

It's not fair to expect those with limited means to pay a larger percent of the little they have to support our collective roads, and police, and transit that are essential for all of us, for a prosperous economy and a strong community.

Our region's economy is strong – it's stronger than it's ever been.

More wealth has been generated than at any other time in our history.

And yet, amidst all this unprecedented growth, in this remarkable economic story, local governments and the state government, can't raise the revenues to provide the most basic services and infrastructure. To pave the roads. To educate the children.

Not because, collectively, we can't afford it.

Our economy generates plenty of capacity to do all that is needed, without breaking a sweat.

I think we can all agree on this point. Taxes should be fair.

The problem is this: How much you are asked to pay has less and less to do with how well you are doing in this economy.

We in fact, as you all have heard many times, have the least fair tax system in the country.

And with growing income inequality, as more and more of our collective income goes to those at the very top, the system is becoming even less fair.

Our tax system is ossified, antiquated and inefficient.

As elected officials, we all know that an unfair tax system has some real-world consequences:

Washington has not fundamentally changed its tax structure since the Depression.

Back then, we had a resource-based economy, it was fish and timber and a few wooden planes.

All of that has changed now. Radically.

Except for the tax structure.

We still rely on sales taxes, on property taxes, on B&O taxes, on excise taxes.

Let's look, if we have the slide, at the sources of tax for the state of Washington. 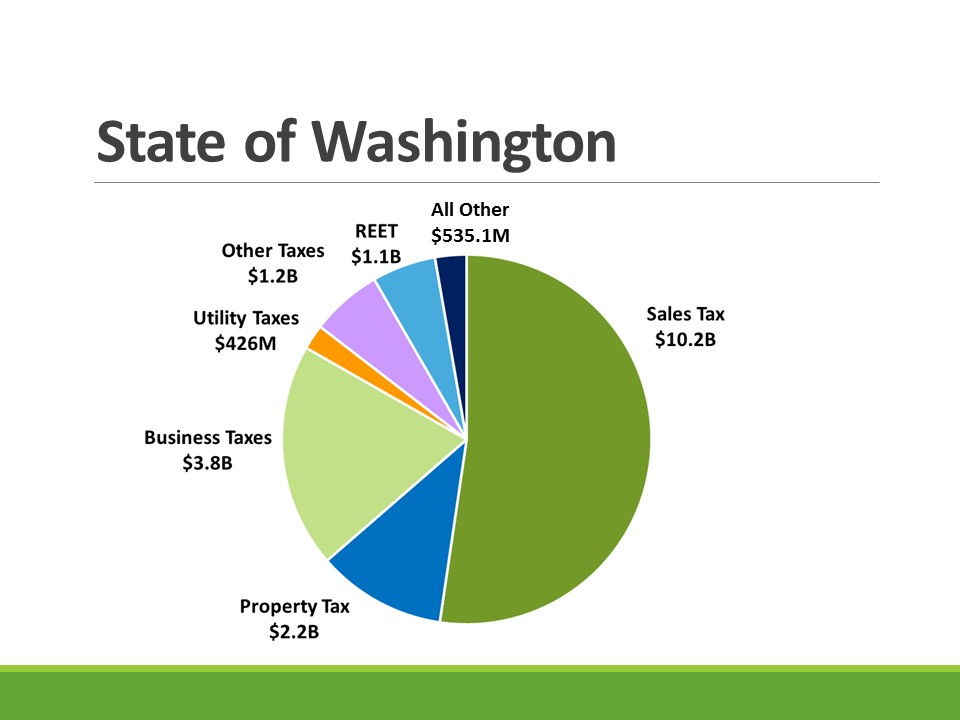 You can see, more than half comes from sales tax.

But, there is some diversity in the state tax base.

Still, because of that heavy reliance on sales tax, it's very volatile.

As the national economy stumbles, people, as we learned in the last recession, immediately stop spending money, and revenues go in the tank. 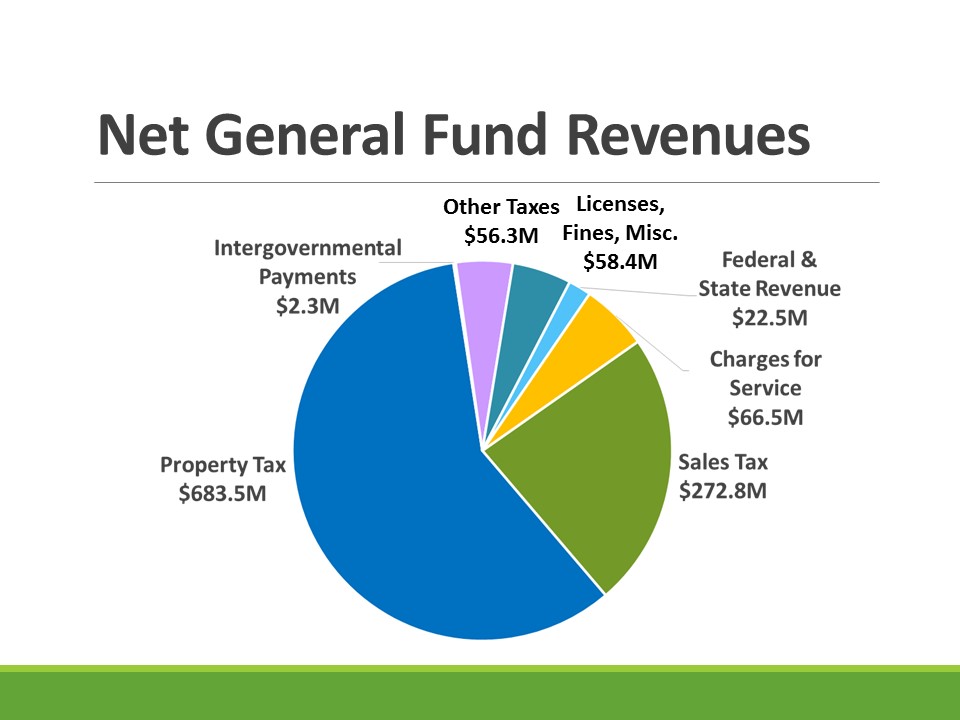 We have two significant sources of revenue: Sales tax and property tax.

But as you can see from blue Pac Man here, it's mostly property tax.

Since that is capped at 1 percent, over time, if you factor in inflation and population, our real revenues are trending down and down and down, year after year. 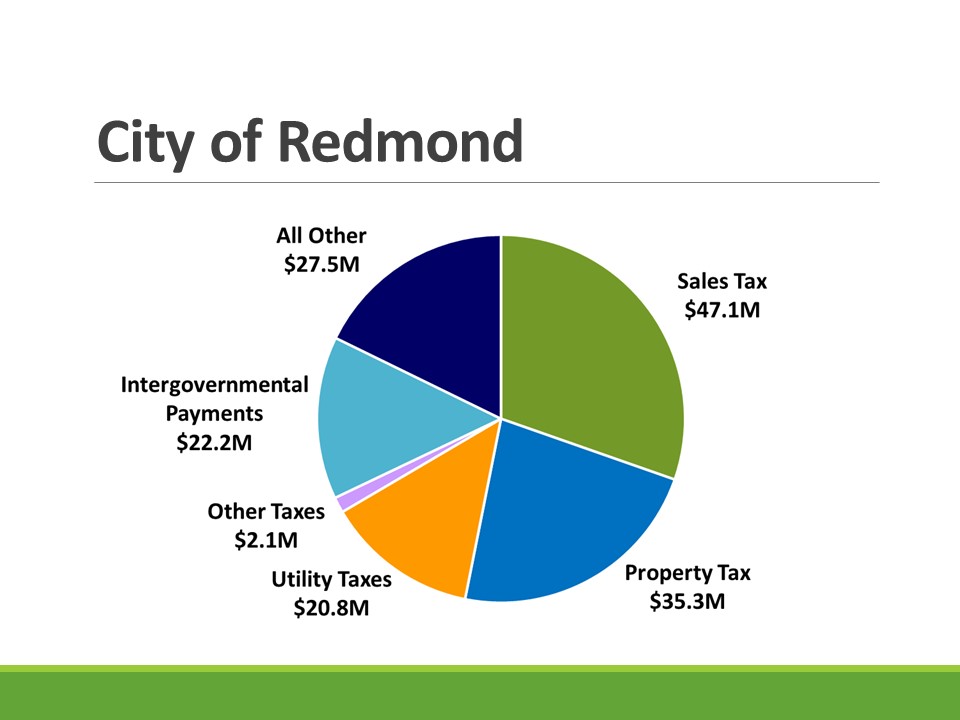 Very typical tax wise. It is a more balanced picture, as you can see.

And it hasn't kept up with the radical changes in our economy.

Our economy is your shiny modern remodeled house with the knob and tube wiring that your contractor decided to just leave there.

We need an upgrade.

There is an annual report that's done on state and local taxes in the largest city in each state around the nation, plus the District of Columbia.

Here's a comparison that will tell you a little bit about the inequities in our tax system locally.

The latest report found that for a family of three with an income of $25,000, Seattle…

Now, you have to suspend your disbelief that anyone could live on $25,000 in Seattle.

But for the same family with an income of $150,000, the situation is reversed.

Seattle ranked 48th out of those 51 cities at about 5 percent of income going to state and local taxes.

The only places they would do better are Sioux Falls, Cheyenne, and Anchorage – places that have low taxes because they basically don't have local taxes because of all the money they're getting from oil drilling and coal mining.

The lack of progressive tax options has meant that as our collective income has risen, our tax burden – contrary to conventional wisdom – has declined significantly.

This is largely because the sales tax is imposed on a narrow base of goods that doesn't reflect what we spend our money on in this economy.

Here we can see that taxable sales, and they've been declining for decades as we have become more of a service economy, and services are less subject to sales tax.

And you're see that things ticked up a little bit in later years, that's the construction boom coming out of the Recession.

Since it's a boom, it's going to have a bust as well.

So the overall trend line is true – it continues downward.

We can blame state government for failing to address these growing problems, and that blame would not be misplaced. 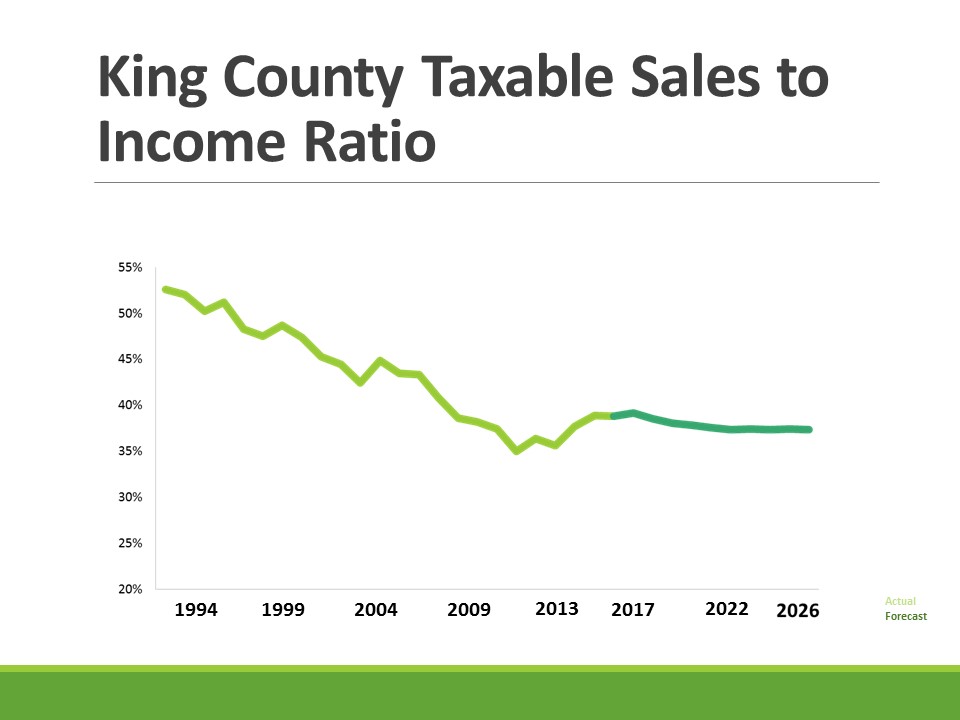 But it doesn't do justice to the whole story.

In fact, our economy has changed rapidly and radically.

All of us in this room remember when we first sent an email or first used a smart phone, because it was novel, it was new, it was something of a change.

Technology is now so woven into our everyday lives that the famous aspiration voiced by Gates and Allen that there would be a computer in every home, seems positively quaint.

The combination of legislative inaction and rapid economic change have created a tax system that has not kept up with the times.

And as a result: we – as a state – are not able to accomplish the things that we were able to do just a generation ago.

We need a fair tax system that provides the resources:

We have this amazing economy of which the entire nation is jealous. We have a Tesla economy and a Model A (Mayor Hill) tax structure.

It is just time for an upgrade. (to Mayor Hill: Don't trade in your car! Keep that car, it's very nice)

Our obligation has to be to ensure everyone has an opportunity to really live a successful life, to fulfill their potential.

The way we've structured our tax system in running counter to all of that.

Our tax system must finally change.

For local governments, our current structure is even more dysfunctional.

We have this “a la carte” system. The State Legislature will give us specific authority with all of these constraints, to do things like propose a sales tax for criminal justice or a property tax levy for emergency medical services.

It creates a lot of complexity, requires endless ballot measures, and keeps local officials from really being able to set the priorities for their jurisdiction.

But they said it could only be for new programs and services.

Since our underlying revenues are eroding, programs and services that are working are disappearing, even as we are trying to add these therapeutic programs to help people who are struggling with behavioral health issues.

But that's the hand we've been dealt.

That's the hand we've been dealt – and we're playing it as well as we can.

The system also creates a lot of duplication and administrative cost.

Rather than just letting you or letting us propose a sales tax to improve transportation, we have to create a Transportation Benefit District and then have that new government impose and collect the tax.

We have 39 or 40 general governments represented in this room tonight. There are 139 governments in King County alone.

The tax system is truly the tail that's wagging the dog. 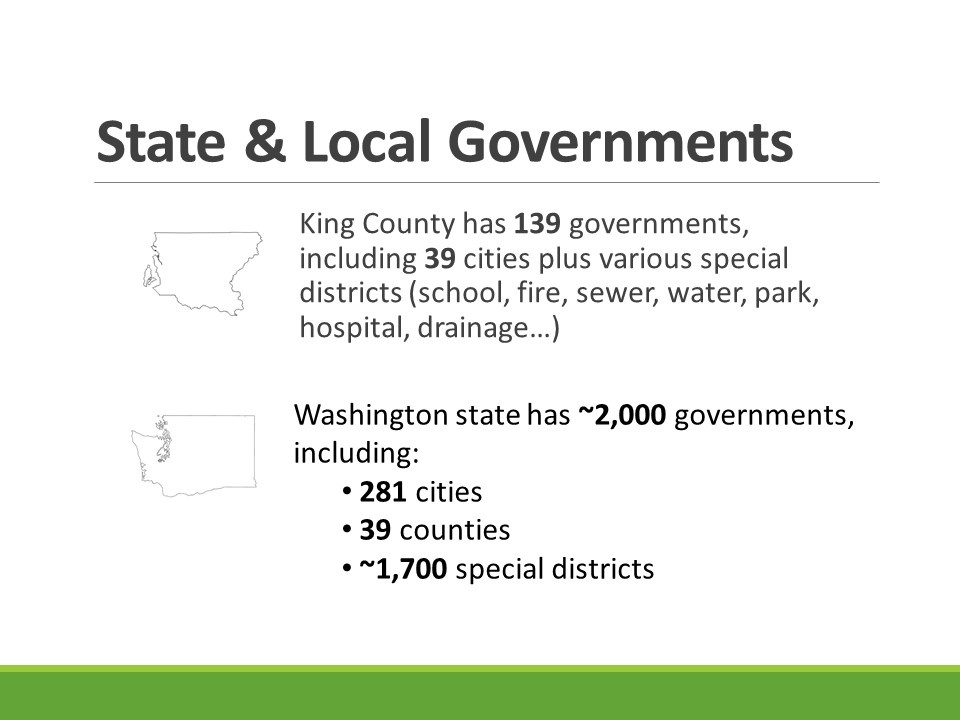 Revenue authority is created, a governance structure follows, suddenly we have a new government: it doesn't make sense.

My vision is a tax system that is fair, that is simple, that is stable, that is good for creating the kinds of jobs our kids are going to need and that meets the needs of the public.

In a time of income inequality, we should have a tax system that is based on the people's ability to pay.

We should promote efficiency instead of multiplicity. We should make the government and the tax system as simple as we can.

Here are some examples of things that could be different.

In a time of income inequality, we should have a tax system that is based on the people's ability to pay.

The Legislature chose to solve the statewide school funding shortfall by handing the bill to King County property owners – homeowners in particular.

But we need to do that in a way that's fair.

But we need to do that in a way that's fair.

I want to give you an example.

They are going to be paying more for schools statewide, but my mom's brother and his wife – my aunt and uncle – live down in Centralia. They are also long-retired public school teachers. They also live in a modest house they've owned for a long time.

Their school district is going to get subsidized by my parents and they are very likely going to get a tax cut. Even though they have the exact same income as my parents.

That is clearly not fair.

There is an element of unfairness in the way this is being done and we have to figure out how to right the system.

These are the increases on average for some jurisdictions in King County.

On average, property taxes in King County will go up 17 percent this year.

That will surely prompt a lot of conversations about property taxes, and taxes in general.

So let's use this moment to open the conversation, to re-examine what we're doing and how we're doing it, and to usher in a new era.

Our current tax system is not beyond our ability to change. Somebody made it up. And we can re-make it.

I look forward to working with leaders across the region to rethink the basics of our tax system, and come up with something that meets the needs of the 21st century.

Something that meets the basic definition of fairness.

I also want to be working with each of you to advocate for action on our tax system.

I want to challenge you to join me:

We are going to lobby in Olympia.

We are going to personally visit lawmakers

I will be walking the halls with (Kenmore) Mayor David Baker and (King County) Assessor (John) Wilson and I hope with many of you on a particular piece of legislation that we’re championing which will provide relief to seniors on local levies – an exemption for seniors on things like our recently passed Veterans, Seniors and Human Services Levy.

Together, we can get this conversation going.

We are the ones who see the effect directly.

And it is up to us to make our legislators act.

I want to thank you for everything you do. For all the strife and the struggle to serve the people of your communities.

And I want to offer our continued partnership to help make sure that King County is moving forward to a fairer place in this 21st century.

Thank you very much.