King County Executive Dow Constantine has named a leader in the design of innovative economic development programs to serve as his new Economic Development Policy Advisor, to promote a shared and sustainable prosperity.

John Sternlicht will build upon the Executive’s coalition of businesses, labor, cities, and other stakeholders, and work to better position the region on the global stage while nurturing new and growing local companies that create jobs.

“John brings an innovative approach to economic development, along with the depth of experience that can turn plans into action and help us create a shared, sustainable prosperity with opportunities for all,” said Executive Constantine. 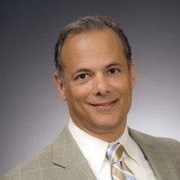 John Sternlicht
Sternlicht previously served as Deputy Secretary of Commerce and Trade for the Commonwealth of Virginia and as the first General Counsel and Policy and Legislative Director of the Virginia Economic Development Partnership. He most recently served as Senior Director for Strategic Projects at a California-based nonprofit research institute, where he developed sites for biosciences in Virginia and Michigan.

Sternlicht says he will expand King County’s potential by promoting its attributes to national and international markets.

“People here are inherently modest,” said Sternlicht. “While that’s an admirable personal quality, it can hinder our economic development. We have a talented workforce, vibrant cities, an outstanding research university, natural beauty, and a great quality of life. It’s time for us to deliver that message to a wider audience.”

The scope of economic development has widened over the years, Sternlicht says.

“Economic development is more than competing with other regions for existing companies,” he said. “It’s also about nurturing and supporting new and growing local companies that value their communities and create opportunities.”

In Virginia, Sternlicht directed a broad base of activities and advised nearly all of the 140 cities and counties in Virginia on the best structure for their economic development programs. For the Commonwealth, he oversaw 15 agency budgets that totaled more than $800 million, and directed all agency legislative and regulatory programs.

“John understands that our region must collaborate to compete,” said Carrie S. Cihak, the Executive’s Chief of Policy. “That means not only enhanced collaboration within our region, but also collaborating with other metro regions to form strategic alliances.”

Sternlicht has a B.S. in foreign service from Georgetown University, focusing on Western Europe and Latin America, and studied journalism and communications at the Universite de Fribourg in Switzerland before earning his Juris Doctor at the University of North Carolina School of Law in Chapel Hill. He practiced law in North Carolina and Virginia and earned his certification in economic development from the International Economic Development Council in 2001.

Sternlicht serves on the International Economic Development Council’s board of directors and has spoken on economic development across the United States and Europe. He speaks French, German, and Spanish.

“I look forward to working with cities, labor, businesses, education, and communities to ensure that King County has the most comprehensive, progressive, and successful economic development policies in the nation,” said Sternlicht. “Executive Constantine’s commitment to building social equity and confronting climate change – along with our talented workforce and stunning natural beauty – uniquely position us to compete on the global stage.”