Reforms at King County that have saved tens of millions of dollars in public services were recognized by Harvard’s Kennedy School of Government, which presented its 2013 Innovations in American Government Award to the County’s nationally-recognized employee wellness program. 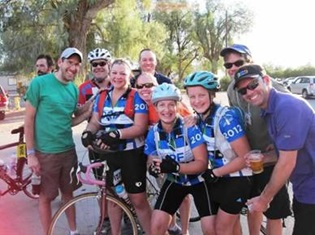 Reforms at King County that have saved tens of millions of dollars in public services were recognized  by Harvard’s Kennedy School of Government, which presented its 2013 Innovations in American Government Award to the County’s nationally-recognized employee wellness program.

“This honor belongs to all of our King County employees,” said Executive Dow Constantine. “Healthy Incentives has created a culture in which employees make the tough choices and do the hard work to live healthier lives.

"By adopting an early morning exercise routine, sticking to a healthy diet, or trying again until they finally kick cigarettes, they have become healthier while saving tens of millions of dollars in health care costs, preventing cuts to critical public services,” said the Exec.

TheHealthy Incentives program—launched in 2006 under former King County Executive Ron Sims to contain the costs of health care that were spiraling nationwide—has saved an estimated $46 million and improved the health of County employees, reduced health-related absenteeism, and increased productivity among participants.

The smoking rate among employees dropped more than half, from 12 percent to less than 5 percent, and participating employees combined for a total weight loss of 24 tons.

“Motivated by the desire to stem the rising cost of healthcare coverage at unsustainable rates, King County partnered with its employees to address cost with quality,” said Stephen Goldsmith, director of the Innovations in American Government Program at Harvard Kennedy School.

“Healthy Incentives takes a creative approach to a significant problem faced by jurisdictions across the country—resulting in tremendous savings to municipal budgets and taxpayers. It is our hope that by recognizing Health Incentives, we can encourage government entities to learn from the program’s innovation,” Goldsmith said.

The Healthy Incentives program was selected from a pool of more than 600 applicants.

Established in 1985 at Harvard University by the Ford Foundation, the Innovations in American Government Award Program has honored nearly 200 federal, state, local, and tribal government agencies. The program provides concrete evidence that government can work to improve the quality of life of citizens.

Many award-winning programs have been replicated across jurisdictions and policy areas, and some have served as harbingers of today’s reform strategies or as forerunners to state and federal legislation.

By highlighting exemplary models of government’s innovative programs for more than 20 years, the Innovations Award Program drives continued progress and encourages research and teaching cases at Harvard University and other academic institutions worldwide.

About the Ash Center for Democratic Governance and Innovation

The Roy and Lila Ash Center for Democratic Governance and Innovation advances excellence and innovation in governance and public policy through research, education, and public discussion. Three major programs support its mission: the Program on Democratic Governance; the Innovations in Government Program; and the Rajawali Foundation Institute for Asia. For more information, visit www.ash.harvard.edu.