King County Executive Dow Constantine today joined 65 other local and regional leaders in Washington state in calling upon the Governor and legislative leaders to adopt a clean fuels standard. 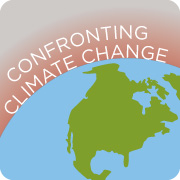 King County Executive Dow Constantine joined 65 other local and regional leaders in Washington state in calling upon the Governor and legislative leaders to adopt a clean fuels standard.

"An aggressive clean fuel standard is a key element of the climate-smart roadmap we're creating in King County and across the state," said Executive Constantine. "The clean energy decisions we make now – everything from where our fuel comes from to the choices we make about transit investments – will shape our success in building healthy communities and moving our economy forward."

In an open letter sent to Governor Inslee, the elected leaders cite job creation, small business growth, and more choice for consumers at the pump among the benefits of increased production of clean, low-carbon fuels in Washington.

Transportation is the largest source of air pollution and greenhouse gas emissions in Washington state. A clean fuel standard would require fuel distributors to gradually lower carbon levels generated from their fuels by ten percent over ten years – a move that would create a fairer and more flexible market for the fuels.

King County has been a national leader in deploying clean vehicle technology, with more than half of Metro’s transit fleet comprised of diesel-electric hybrids – and with more hybrid buses and electric trolleys on the way that can save energy and money and reduce greenhouse emissions.

Governor Inslee is considering a clean fuels standard that would help level the playing field for small businesses currently providing jobs and fuels in Washington’s supply chain, and provide room for growth on both sides of the Cascades.

A clean fuels standard in Washington would follow similar actions across the West Coast. Both California and British Columbia have working standards and Oregon legislators are considering a vote in 2015 to move forward on their state’s Clean Fuels Program. Adopting and maintaining low-carbon fuels standards is also a key pillar of the Pacific Coast Action Plan on Climate and Energy signed last fall by Governor Inslee along with Oregon Governor John Kitzhaber, California Governor Jerry Brown and British Columbia Premier Christy Clark.