Saudia J. Abdullah, the newly appointed Director of the Community Corrections Division, will build on the progress the King County Department of Adult and Juvenile Detention has made with effective alternatives to incarceration. 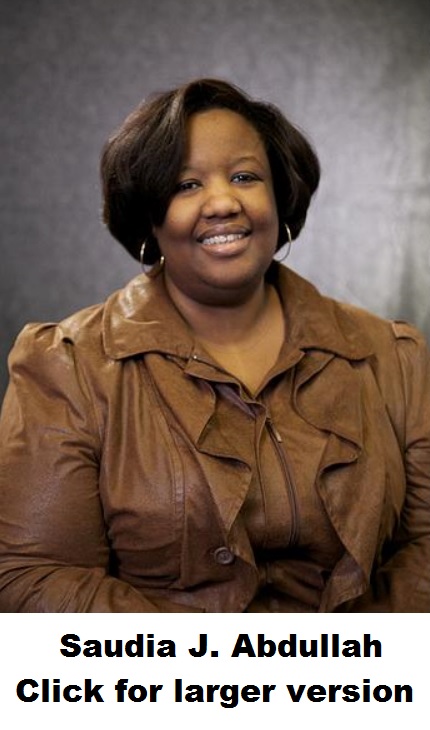 Saudia J. Abdullah—who has demonstrated the ability to work with communities to help people transition out of the criminal justice systemhas been appointed as the new Director of Community Corrections in King County's Department of Adult and Juvenile Detention.

Abdullah most recently served as the Director of Federal Reentry Operations at Pioneer Human Services in Seattle. She previously served as a Policy Analyst at the Council of State Governments Justice Center in New York City. She has also served as a member of the Advisory Board for the King County Public Defenders.

"Saudia has the proven ability to create a community-wide, systematic approach to helping people succeed after they've been involved in the criminal justice system," said William Hayes, Director of the Department of Adult and Juvenile Detention. "She will build on the progress we've made with effective alternatives to incarceration by applying the same collaborative approach that has already delivered positive results in King County."

The Community Corrections Division provides the King County court system with pre-trial and post-sentence alternatives to incarceration. The alternatives and services are designed to use evidence-based practices that promote pro-social behavior. It connects people with community partners—Sound Mental Health, WorkSource, United Way of King County, South Seattle College and others—that provide the specific services they need to help them succeed.

Abdullah's appointment is subject to approval by the Metropolitan King County Council.