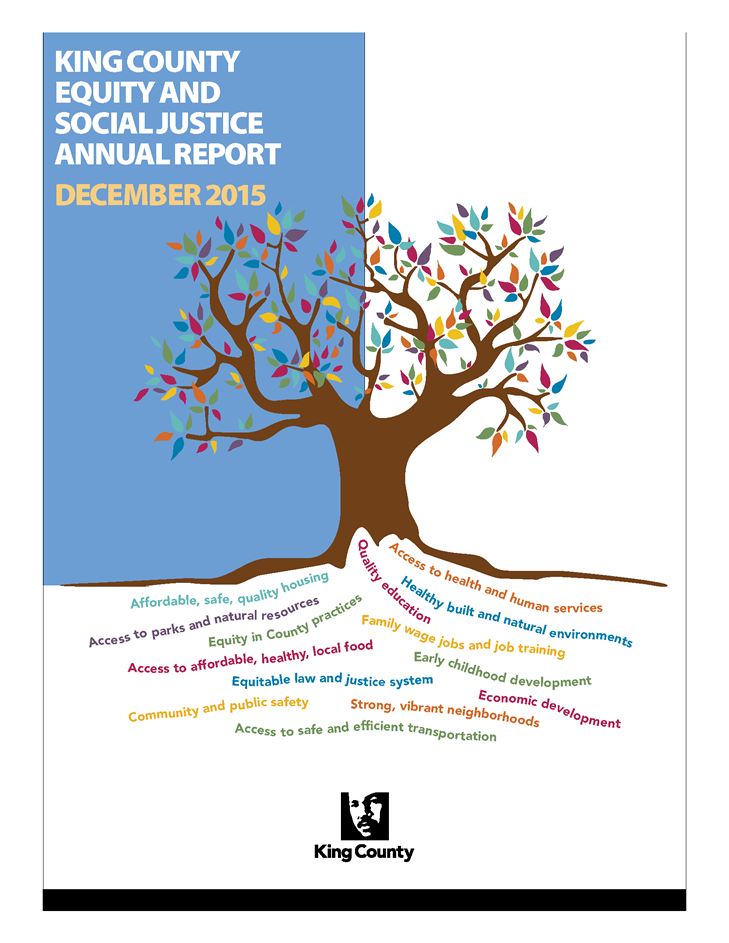 King County has made substantive progress toward creating a more equitable community and workplace—including a significant increase in affordable healthcare coverage and the creation of a reduced bus fare for low-income riders—according to a new report on equity and social justice published by King County Executive Dow Constantine.

“Our approach is based on the belief that people want—and should reasonably expect—a good and affordable place to live, ways to get around, a quality education for their kids, and fair access to the ladder of success,” said the Executive. “They don’t need anyone to carry them up that ladder, just a solid foundation beneath their feet.”


Addressing the root causes of inequities


The 2015 Equity and Social Justice Annual Report a range of bold actions taken by Executive Constantine to address the root causes of inequities, including:

As documented in the report, inequities remain in King County across a broad range of areas. For example, the middle class is not growing, and 95 percent of the net new households created since 2000 earn either less than $35,000 a year, or more than $125,000. There are also race and placed-based income gaps, and since the Great Recession the average income for whites in King County has risen steadily and significantly, while blacks have experienced net average income loss.

“As a regional government working in an increasingly interconnected world, a diverse workforce makes us more competitive, innovative, and nimble—
allowing us to provide the best services to the many communities we serve,” said Executive Constantine.

The Executive is also developing the first-ever Equity and Social Justice Strategic Plan to guide the County’s work in this area in the short- and long-term.