“Elected leaders from across King County are working together to confront perhaps the greatest threat our region has ever faced,” said Executive Constantine. “We’re identifying specific actions that we can take to achieve ambitious, achievable goals that will reduce climate pollution.”

The event was hosted at the Weyerhaeuser-King County Aquatic Center in Federal Way, which has recently undergone major energy renovations, including the largest installation of a made-in-Washington solar array. Replacing the 20-year-old boiler also reduced the facility’s energy consumption.

“Taken together, we estimate that these projects will reduce greenhouse gas emissions by more than 500 metric tons per year – the equivalent of taking 100 cars off the road,” said Christie True, Director of King County’s Department of Natural Resources and Parks.

True said the improvements reflect King County’s commitment to reducing the carbon footprint of its operations. They are the types of projects that are outlined in the Joint County-City Climate Commitments.

The projects were identified as part of a comprehensive energy audit of the building and were funded in part by two solar and energy grants totaling $975,000 from the Washington State Department of Commerce. 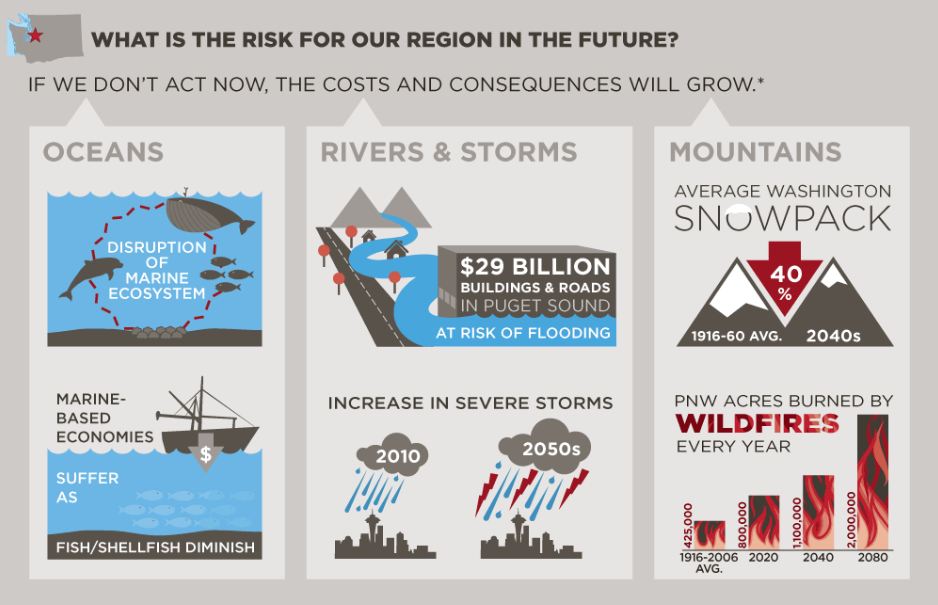