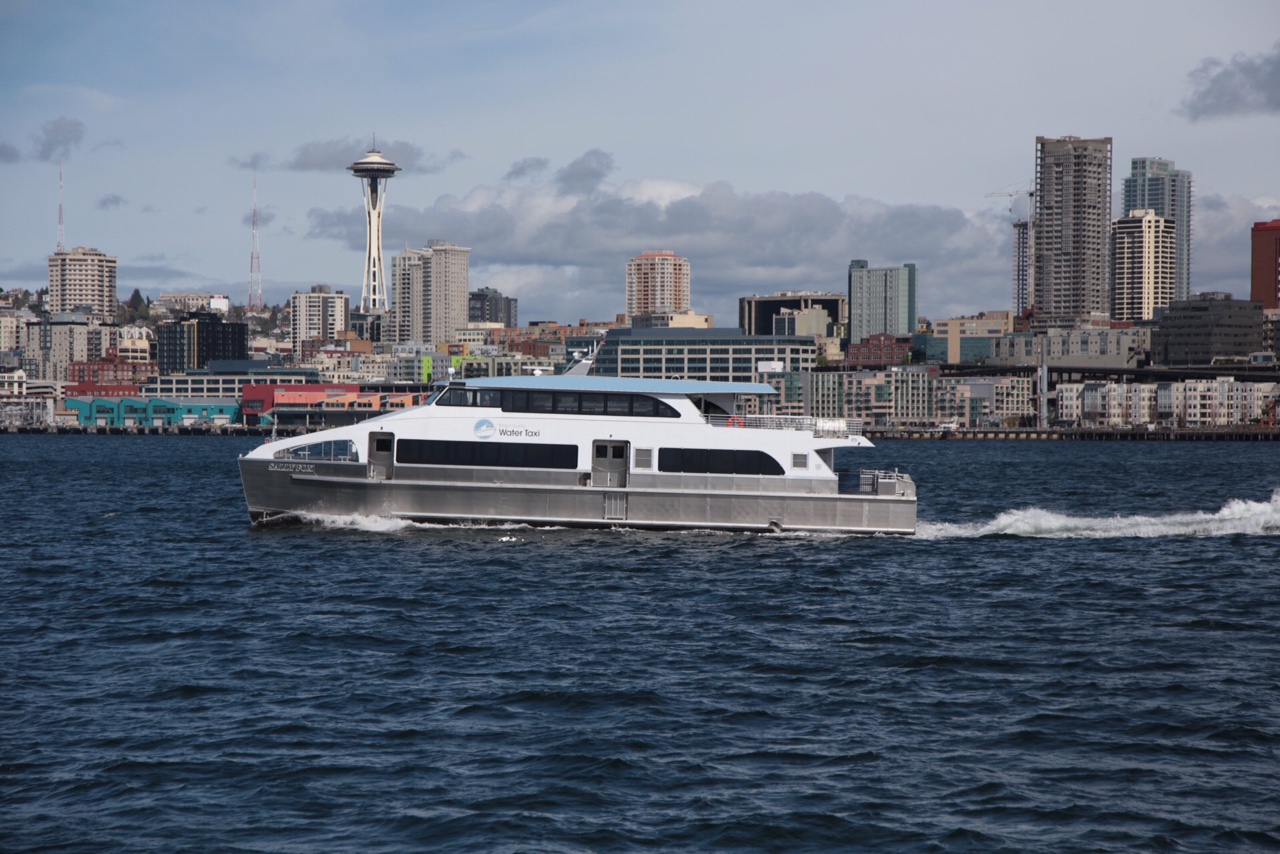 A new water taxi that will improve service between Vashon Island and downtown Seattle was delivered by King County Executive Dow Constantine. The MV Sally Fox, which can carry 250 passengers, provides 45 percent more seating capacity than the current vessel.

The new water taxi—largely paid for with federal grants—is scheduled to begin providing service in early April once the crew is trained to operate the vessel. It will offer indoor and outdoor seating, space for 26 bicycles, ADA-accessible restrooms and wheelchair tie-downs, and six video screens for safety announcements, scheduling, and trip information.

The vessel is named in honor of Sally Fox, who fought for a number of important community and civil rights causes, including the preservation of passenger-only service between Vashon/Maury Island and downtown Seattle. The new vessel will replace the Melissa Ann, a 27-year-old leased vessel that has been operating on the Vashon Island-to-downtown Seattle route since 2010.

“Sally Fox fought tirelessly and passionately for passenger-only ferry service to Vashon, and now the Sally Fox will navigate the waters of Puget Sound delivering that very passenger-only service,” said King County Councilmember Joe McDermott. “Funded mostly from federal grants, the Sally Fox will enhance the County’s water taxi service which plays a key role in linking communities and providing transit options. I was proud to Chair the King County Ferry District until we successfully folded it into King County at the beginning of this year. This launch is a culmination of great work by many.”

The MV Doc Maynard, a second catamaran, is under construction at Bellingham-based All American Marine, which was awarded a contract to design and build the new water taxis. The MV Doc Maynard will be delivered this fall to replace the Spirit of Kingston on the West Seattle-to-downtown Seattle route. The Spirit of Kingston—owned by King County—will serve as the back-up up vessel for the King County Marine Division.