Tens of thousands of people across Seattle and King County will soon benefit from better integration of Metro and Sound Transit service that connects more riders to expanded light-rail service. Metro will also implement the third phase of service expansion approved by Seattle voters in November 2014 that will deliver more reliable and frequent bus service for Seattle neighborhoods.

The service improvements will go into effect March 26, a week after the new University Link light-rail stations at Capitol Hill and the University of Washington open March 19 with trains coming every six minutes during peak periods. The additional bus service in Seattle will include more routes connecting commuters to South Lake Union.

“We will soon deliver more frequent bus service to more neighborhoods, connecting riders to fast, reliable, high-capacity light rail,” said King County Executive Dow Constantine, who is also Chair of the Sound Transit Board. “It’s an example of how Metro and Sound Transit are working together to create a more convenient, seamless transportation network.”

“Thanks to voters, we now have completed the largest expansion of bus transit in Seattle since Metro was founded,” said Mayor Ed Murray. “Now West Seattle commuters can ride the C Line straight to South Lake Union without changing buses. And in neighborhoods all over the city, frequent transit service is only a short walk away.”

Riders can now see updated details online about the Metro changes to bus service and Link light rail extension. Riders are encouraged to consider ORCA card options to take advantage of free transfers between buses and light rail in the new and expanded network.

The changes make it easier for people to access the regional transit network, make new connections and deliver on the County Executive’s promise to increase access to opportunity for those who depend on transit as their only way to get around. 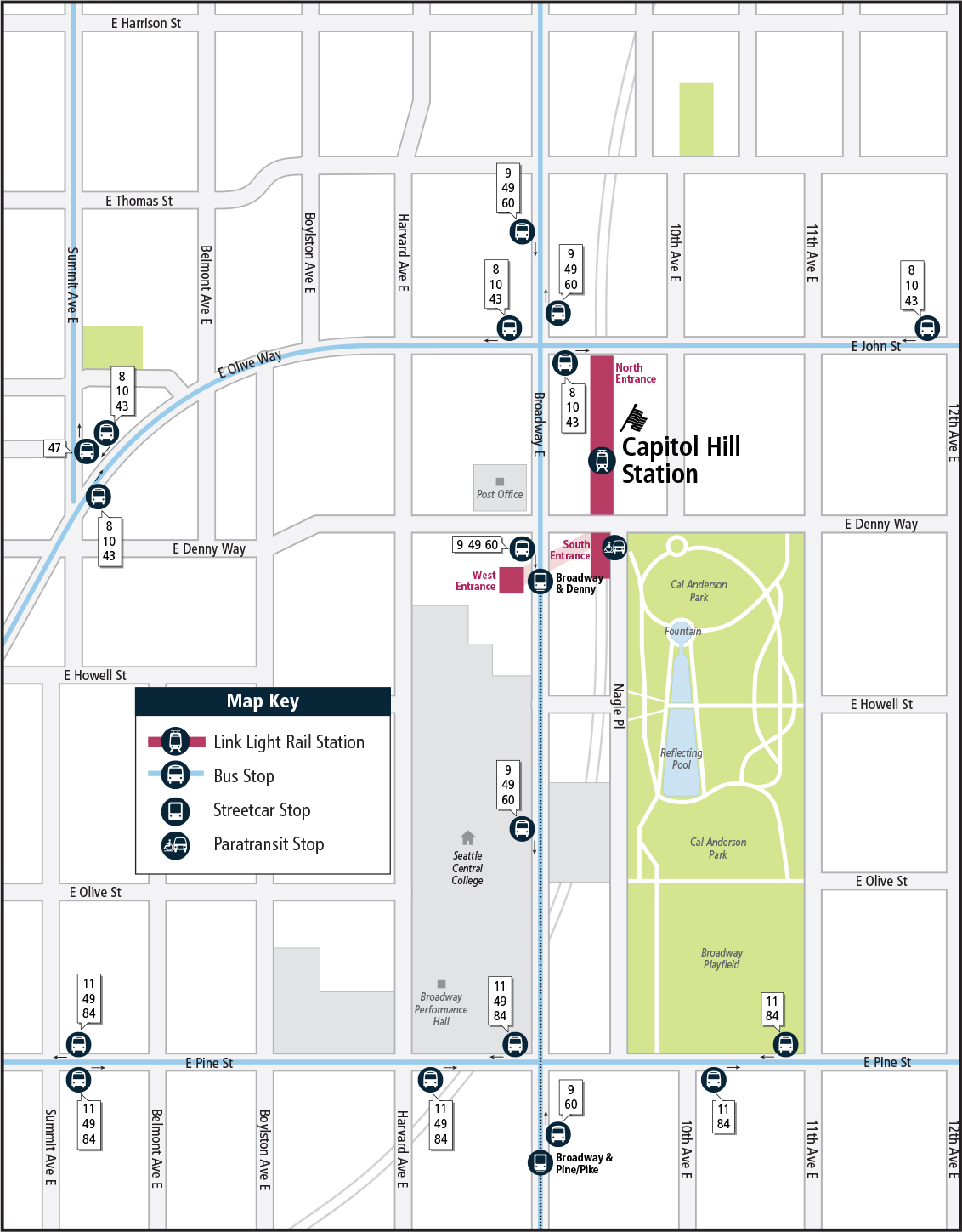 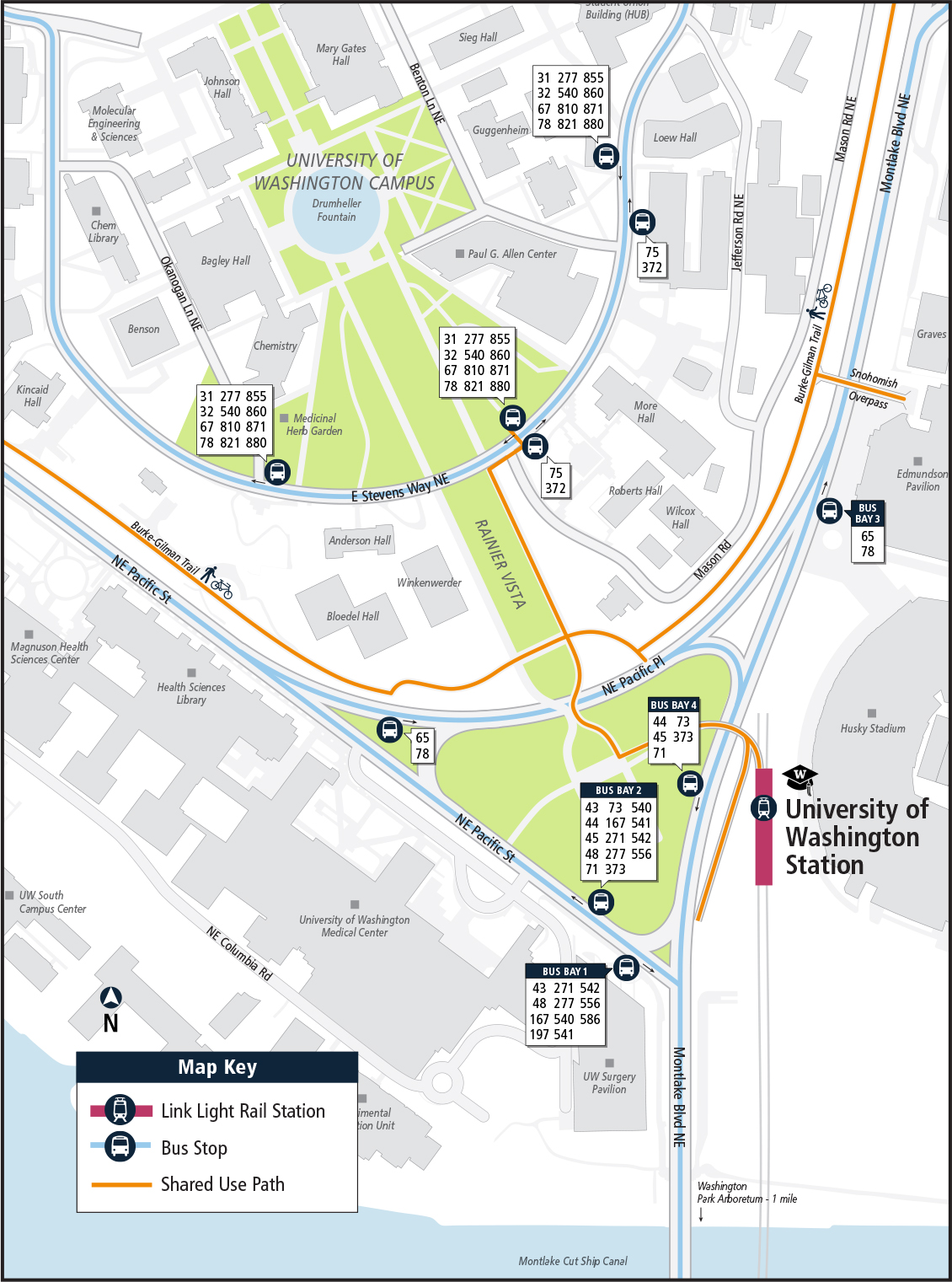 As part of restructuring service, three dozen routes will see changes in Northeast Seattle and Capitol Hill. The more frequent grid of bus service will triple the number of households in Northeast Seattle neighborhoods near 15-minute service. The changes will double the number of Capitol Hill households near 12-minute service. This launches a new era of transit options that will help people reduce driving and meet our climate goals.

The improved transit network fulfills the Executive’s direction to more fully integrate Metro and Sound Transit – intended to improve the experience for riders and make efficient use of our resources. King County Metro also worked closely with the City of Seattle, Seattle Children’s and the University of Washington on restructuring bus service, including service funded by Seattle voters in Prop 1.

In the third phase of service additions resulting from Seattle’s Proposition 1, Metro is extending the RapidRide C Line to South Lake Union and RapidRide D Line to Pioneer Square. Metro has maps and details online.

Improvements were made at stations and stops along the new C Line extension in South Lake Union, and the busiest locations will soon include new customer information kiosks with real-time arrival information and off-board ORCA card readers.

As Link light rail expands and bus service adjusts to create better connections, having an ORCA card becomes the best way to take advantage of the improved network. Riders can choose several options for monthly passes, or load money onto an ORCA card. A variety of ORCA card types are available for youth, senior, and disabled, as well as the ORCA LIFT card that provides reduced fares for income qualified adults. Details are online, at ORCA ticket vending machines and key retail locations around the region, or by phone at 206-553-3000.

King County Metro, Sound Transit, the City of Seattle and the University of Washington worked together to make it as easy and convenient for riders to use this improved, more frequent, more reliable network of bus routes.

Riders will experience convenient transfers between frequent buses and light rail trains. Also, stops are being relocated at key transfer points to shorten walk times. Local transit agencies, Seattle, and the University of Washington are coordinating to create better wayfinding, signage and passenger information, and as well as improved shelters and lighting at stops.

King County Metro Transit has installed Wi-Fi in the Downtown Seattle Transit Tunnel to enable customers to access the Internet, bus apps and trip planners to check schedules and see bus arrival times while they are in the DSTT. Customers also will be able to use this publicly available Wi-Fi network on tunnel bus platforms at Westlake, University Street, Pioneer Square and International District Station. An estimated 25 users will have optimal Wi-Fi service at each end of a tunnel platform at the DSTT stations.

Starting in mid-2016, cell service will be available in transit tunnels and underground stations.

We will soon deliver more frequent bus service to more neighborhoods, connecting riders to fast, reliable, high-capacity light rail. It’s an example of how Metro and Sound Transit are working together to create a more convenient, seamless transportation network.

Thanks to voters, we now have completed the largest expansion of bus transit in Seattle since Metro was founded. Now West Seattle commuters can ride the C Line straight to South Lake Union without changing buses. And in neighborhoods all over the city, frequent transit service is only a short walk away.