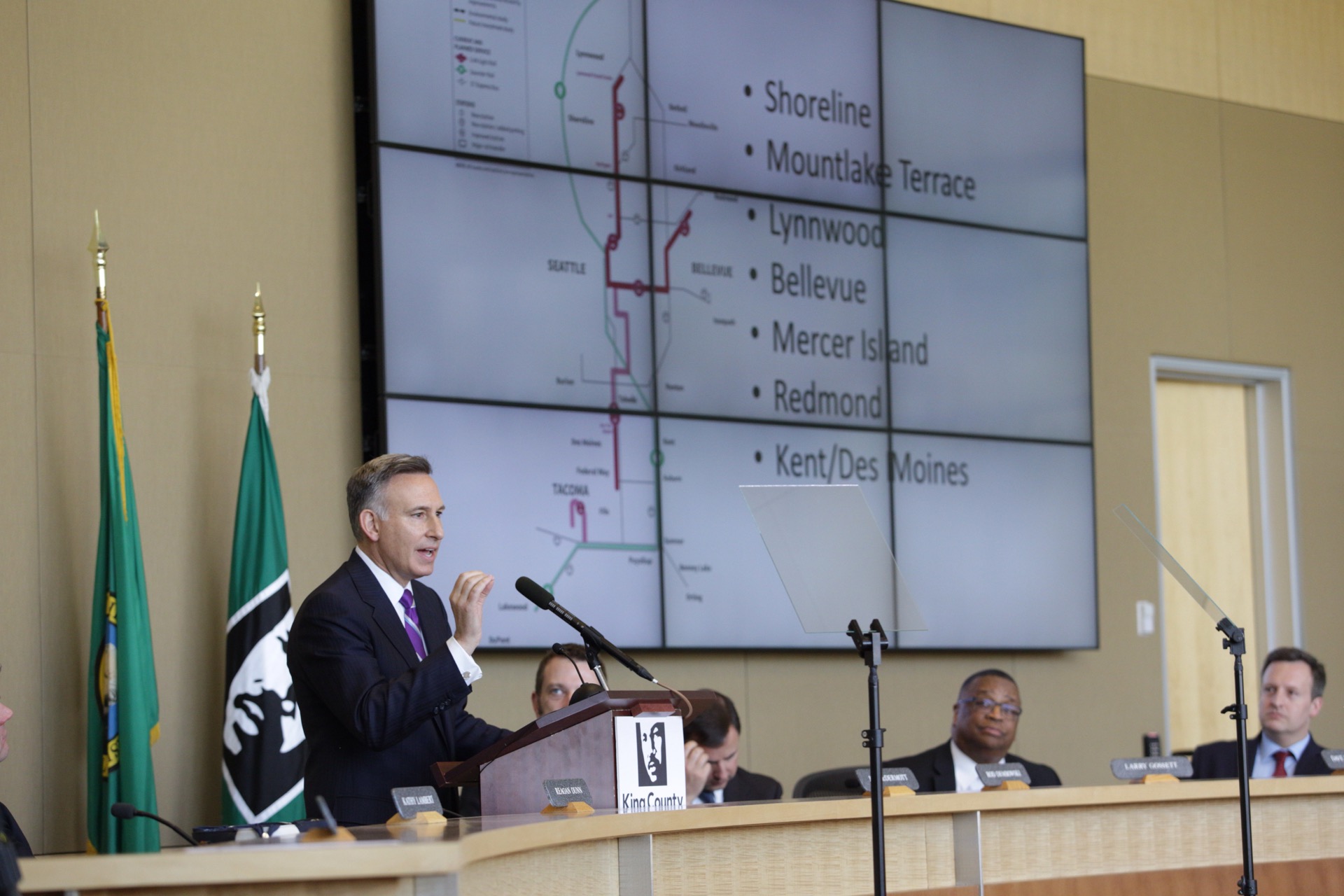 Executive Constantine talks about Sound Transit 3 during his 2016 State of the County address. Photo by King County.

In his 2016 State of the County address on Monday, King County Executive Dow Constantine called for an historic investment in high-capacity mass transit to ensure the region’s long-term prosperity amid rapid population growth.

His strategy to improve mobility includes Sound Transit 3, an initiative he proposed for the November ballot in his role as Chair of the Sound Transit Board.

It will expand light-rail service to connect Seattle, Everett, Tacoma, Redmond and Issaquah, as well as West Seattle and Ballard. It will also build a new tunnel in Seattle with stations serving downtown, South Lake Union and Queen Anne.

The proposal will deliver more than 108 miles of high-capacity light rail to create a regional transit system that rivals San Francisco’s BART and Washington, D.C.’s Metro.

“Sound Transit 3 is a once-in-a-generation opportunity to shape the future of our region for the next century,” said Executive Constantine. “The popular new light rail that connects the University of Washington and Capitol Hill shows how fast, reliable mass transit can transform commutes, and communities. Now is the time to build on our progress and complete the light-rail system that will knit together our region's growing cities.”

The Central Puget Sound region is projected to add 1 million more residents over the next 25 years. With the region’s roadways already crowded and at capacity, and limited physical space for additional freeway building, Executive Constantine proposes a significant increase in access to light rail.

It will build on the progress made by Sound Transit 2, which is on track to deliver 30 miles of new light rail that will provide service to Northgate, Shoreline, Mountlake Terrace, Lynnwood, Mercer Island, Bellevue, Overlake, and Kent/Des Moines. 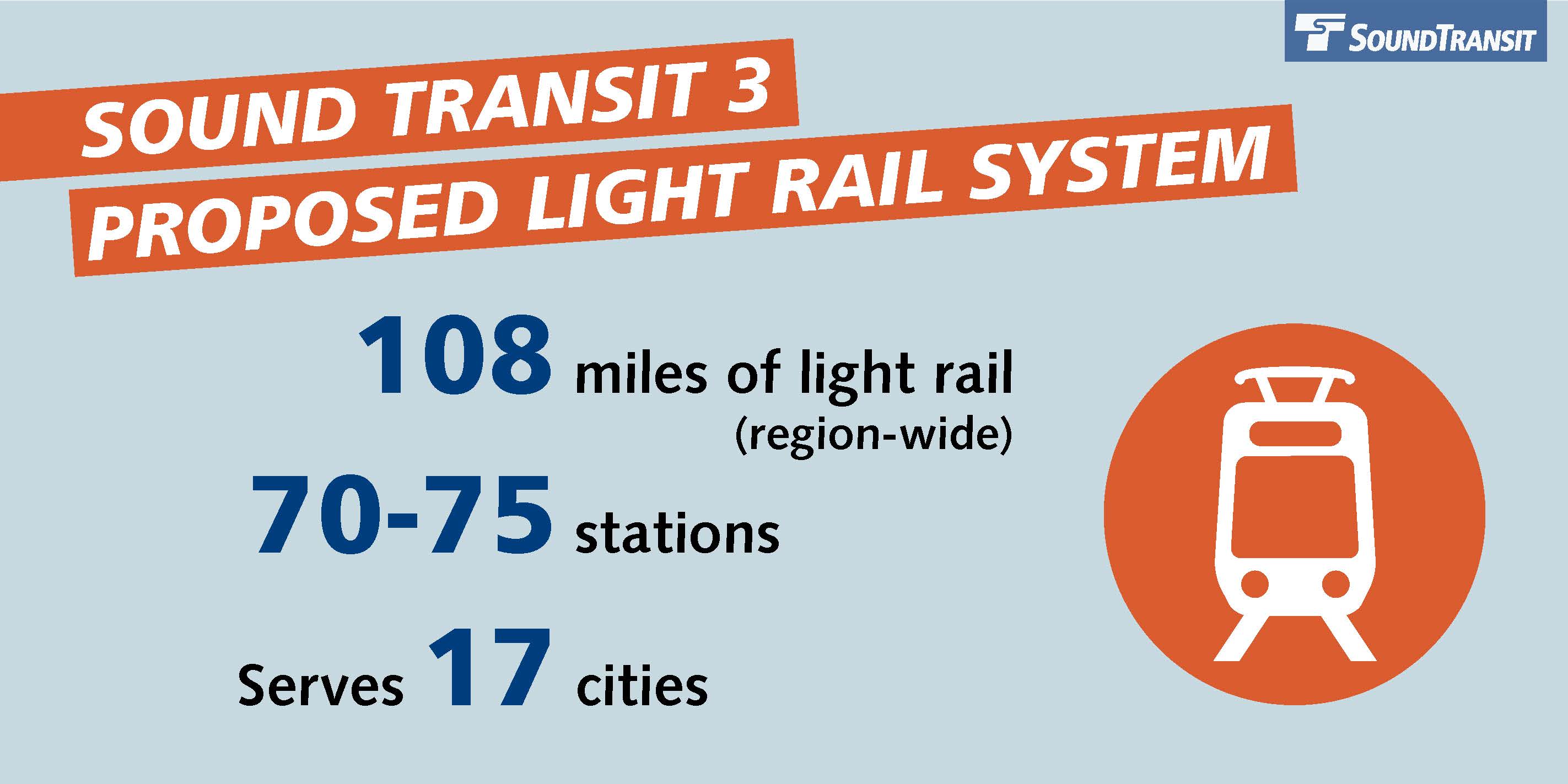 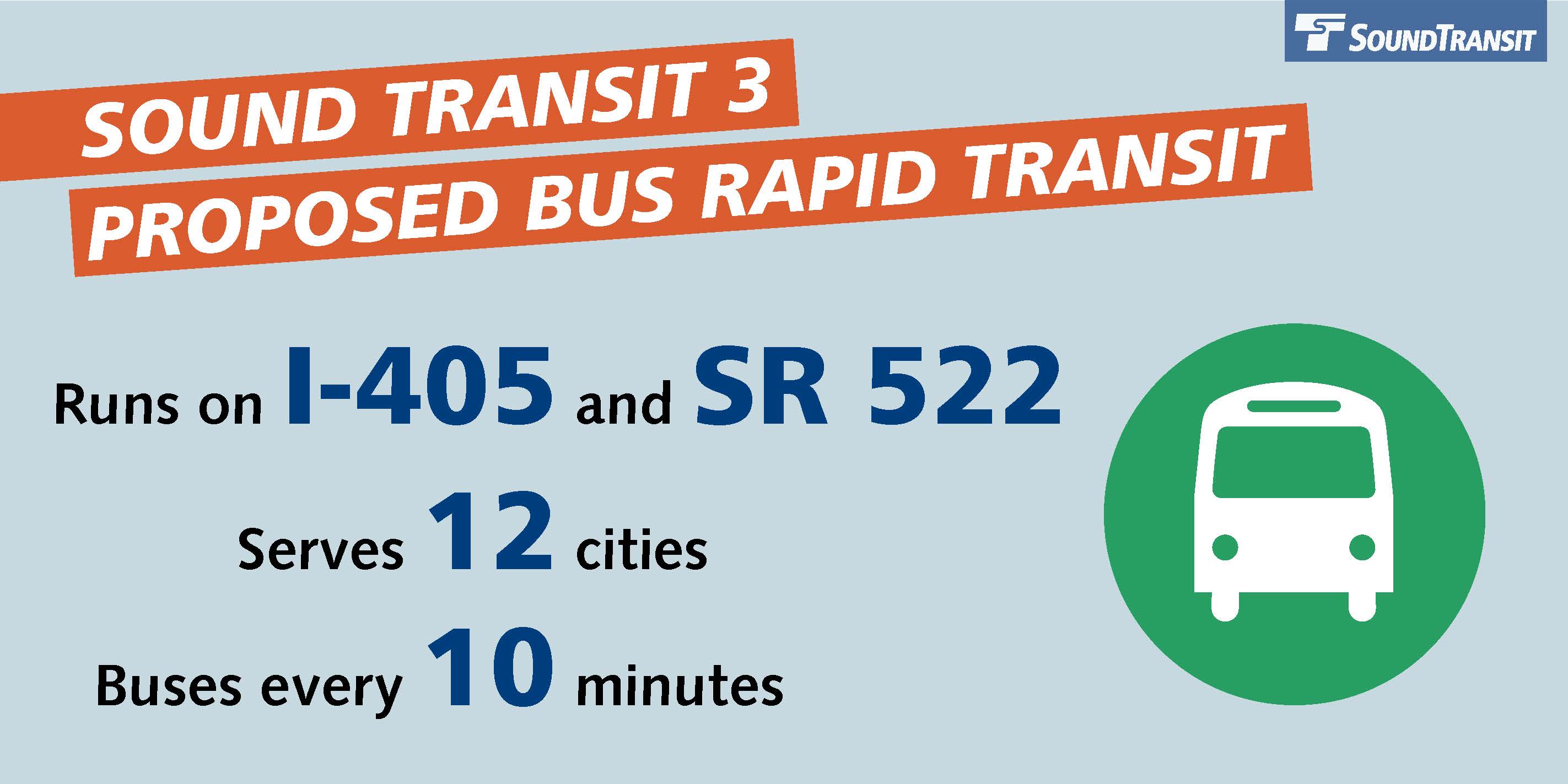 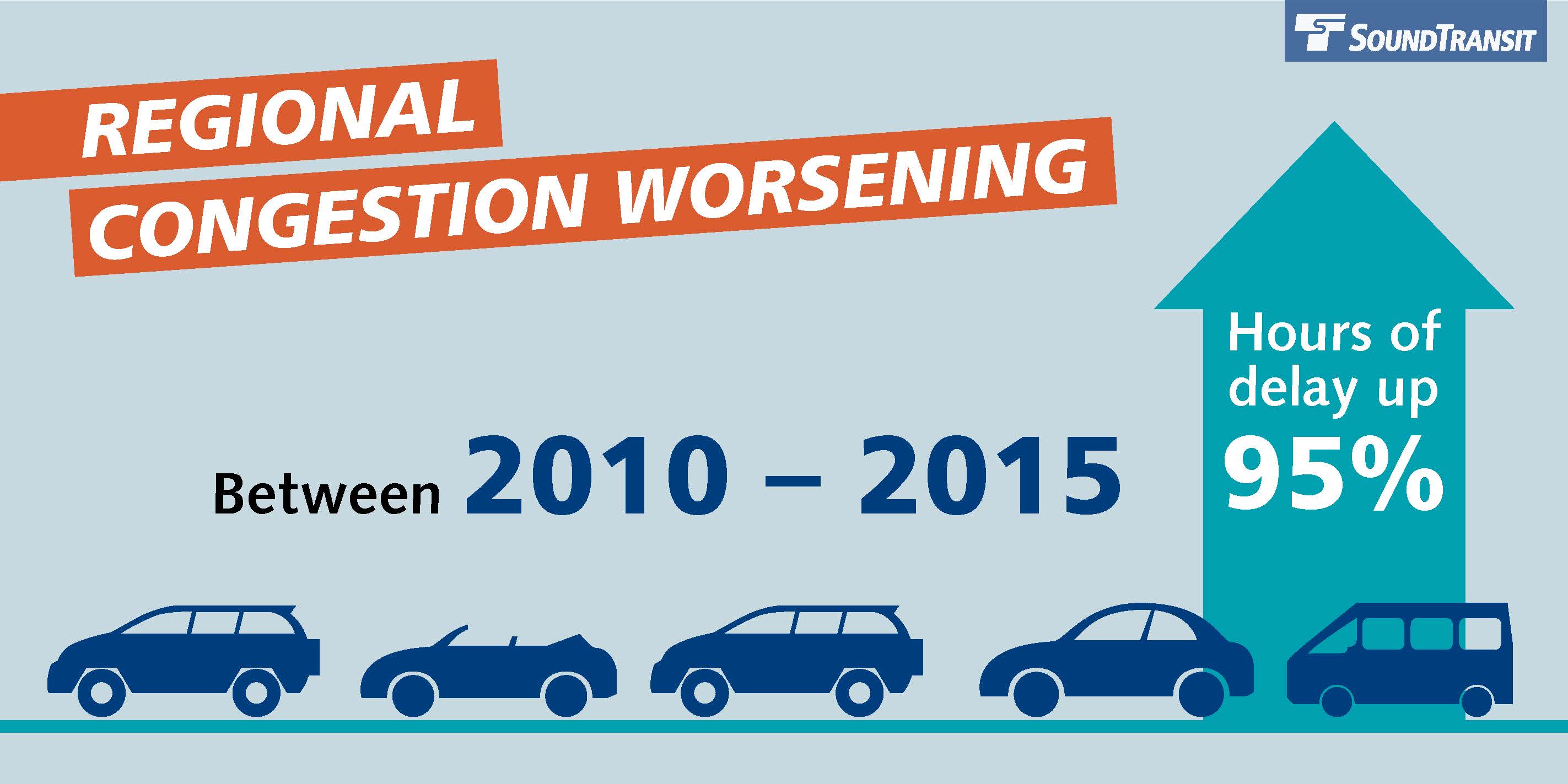 At peak capacity, light rail can carry 16,000 passengers an hour–in each direction–compared to about 2,000 vehicles an hour per highway lane under optimal conditions, and as few as 700 an hour when congested.

The new light-rail service that connects downtown Seattle to Capitol Hill and the University of Washington, which opened six months ahead of schedule and $200 million under budget, is the equivalent of adding 14 new lanes to Interstate 5.

Sound Transit 3 will also include early deliverables to offer commuters more options sooner, such as bus capital improvements and projects that increase access to existing stations and transit centers.

Best Starts for Kids: Delivering on a promise to invest in prevention

Executive Constantine also noted in his State of the County address that the voter-approved Best Starts for Kids levy he announced during last year’s speech will soon fund prevention and early intervention strategies to increase the number of children and youth who reach adulthood healthy and ready to succeed.

The Executive will deliver his plan to implement Best Starts for Kids to the King County Council in June. Half of the funds will invest in early childhood development, starting with prenatal services to increase the number of children who are born at a healthy weight.

Best Starts for Kids will sustain the gain by providing early intervention as problems such as serious depression and addiction emerge during teenage years. It will also invest in communities to ensure that the place where a child grows up reinforces their early progress.

The first strategy that will be funded will prevent youth and families from becoming homeless. Based on a successful pilot project funded by the Bill & Melinda Gates Foundation, the strategy will provide flexible funds to those who are at imminent risk of becoming homeless. It’s based on neuroscience that shows the fear and uncertainty of being homeless can have a lifelong negative impact on brain development.

Executive Constantine also called on the Legislature to lift the arbitrary 1 percent cap on property-tax revenue. The cap denies counties the ability to raise revenues to keep up with inflation and population growth. The cap on the County’s revenue from property taxes is the primary reason the General Fund is projected to have a $50 million revenue shortfall in the 2017-2018 budget.

Repealing this cap would provide counties across the state with the funding needed to invest in services and infrastructure, stimulating economic growth that would benefit the Central Puget Sound region and the rest of the state. Repealing the arbitrary cap will be King County’s top legislative priority in the 2017 legislative session, as it was in 2015 and 2016.

Sound Transit 3 is a once-in-a-generation opportunity to shape the future of our region for the next century. The popular new light rail that connects the University of Washington and Capitol Hill shows how fast, reliable mass transit can transform commutes, and communities. Now is the time to build on our progress and complete the light-rail system that will knit together our region's growing cities.