King County Executive Dow Constantine outlined possible consequences of I-976, the $30 car-tab initiative that failed in King County but passed statewide in the Nov. 5 election.

King County does not collect vehicle license fees or motor vehicle excises taxes, which would be repealed under I-976. However, the state of Washington, Sound Transit and 13 King County cities including Seattle use these sources to fund mobility projects, impacting Metro operations.

The Washington Office of Financial Management estimates that the State would lose approximately $1.9 billion in revenues over the next six years (2020-2025). This includes $1.5 billion from the Multimodal Account, nearly half of which is programed for transit across the state.

If the state Legislature decided to make across-the-board reductions in the Multimodal Account due to I-976 passage, it could result in over $100 million in cuts to Metro services between 2020 and 2025. These cuts could include:

I-976 would cut TBD funding by approximately $36 million, resulting in the loss of 175,000 Metro bus service hours on 74 routes in Seattle, Burien, Shoreline, Skyway, Tukwila, and White Center. The cuts would go into effect at the bi-annual Metro service change in March.

Executive Constantine has asked the King County Prosecuting Attorney’s Office to prepare a lawsuit to challenge the constitutionality of I-976.

“The passage of I-976 underscores the ongoing need for comprehensive state tax reform, but in the short term we must clean up another mess that Tim Eyman has created for our state, our region, and our economy. There will be many discussions in the weeks and months ahead to determine how to overcome the loss of safety and mobility caused by this irresponsible initiative, but the impact of I-976 to transportation is – in a word – devastating,” said Executive Constantine.

“We and the City of Seattle share a set a principles with which we will approach mobility reductions. These principles include: minimizing impacts to vulnerable populations, especially those with low-incomes and people of color; maintaining the 10- and 15-minute service frequency whenever possible; and minimizing overcrowding.

There are also on-going conversations about the possible use of one-time funding as a bridge until the Legislature acts or a replacement revenue package is presented to voters. To be clear, using capital funds for operations – funds that should go to buying buses and building bases – is not good policy. If we spend it on operations, it is gone for good.

Our state’s tax system is inefficient, unfair, volatile, inadequate, and bad for business. Local governments have few tools at their disposal to provide all of the infrastructure and services on which successful communities and a thriving economy depend. Today, our economy is generating unprecedented prosperity, while at the same time governments are forced to cobble together transit and road systems from antiquated, inadequate and unpopular funding sources. We can and must do better.

We in King County – where Sound Transit 3 was overwhelmingly approved and I-976 was overwhelmingly defeated – we are going to keep pushing ahead, building a transportation system and economy that gives every person access to a better future.” 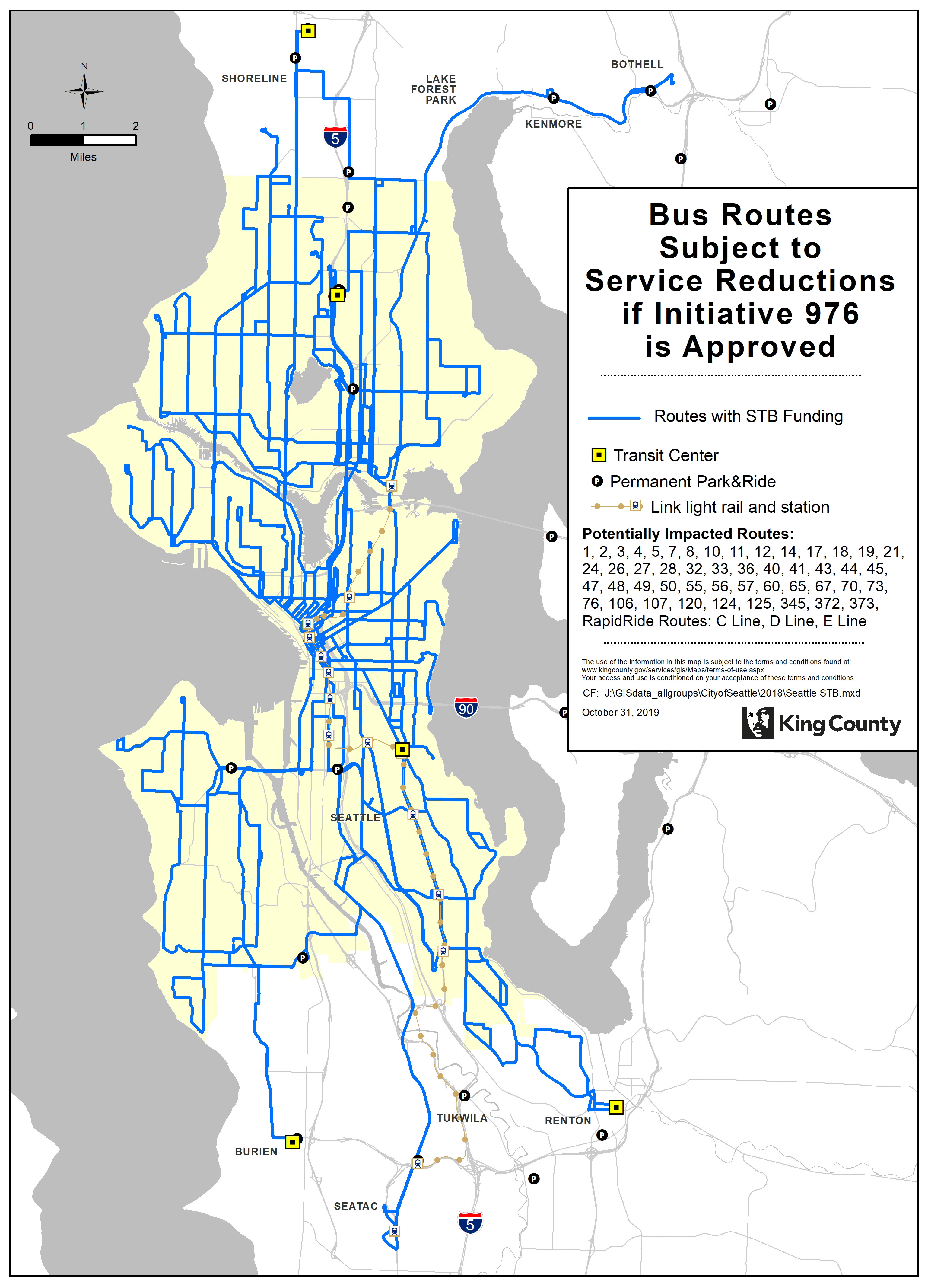