The Lake Sammamish Kokanee Work Group is releasing more than 3,000 juvenile kokanee salmon into Lake Sammamish – offspring from last year’s extremely low return of the native fish to the spawning streams – after raising them in a protected environment since spring to increase their odds of survival. 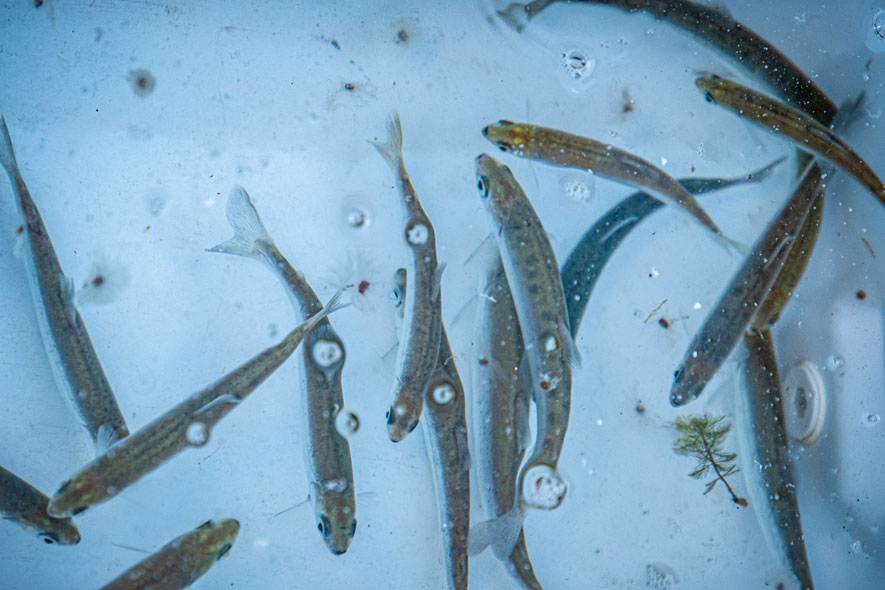 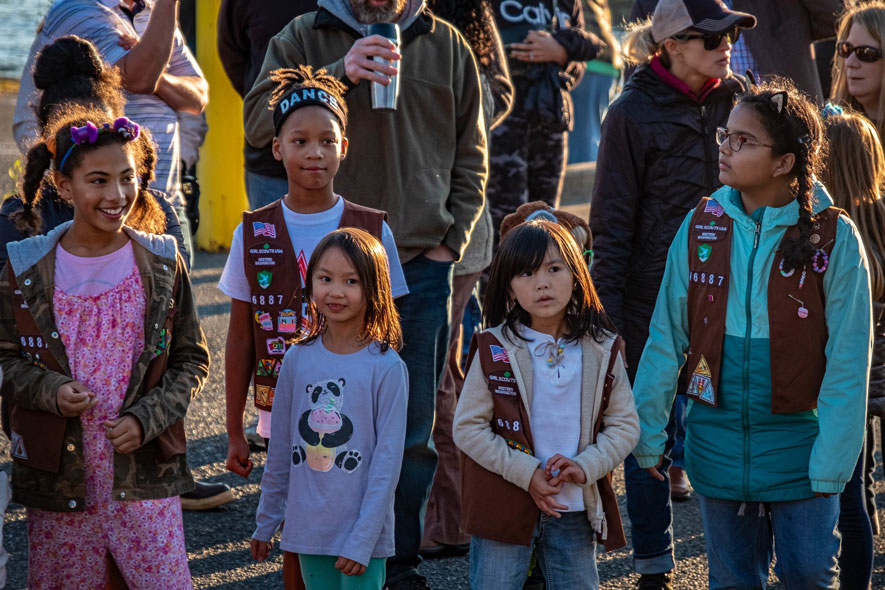 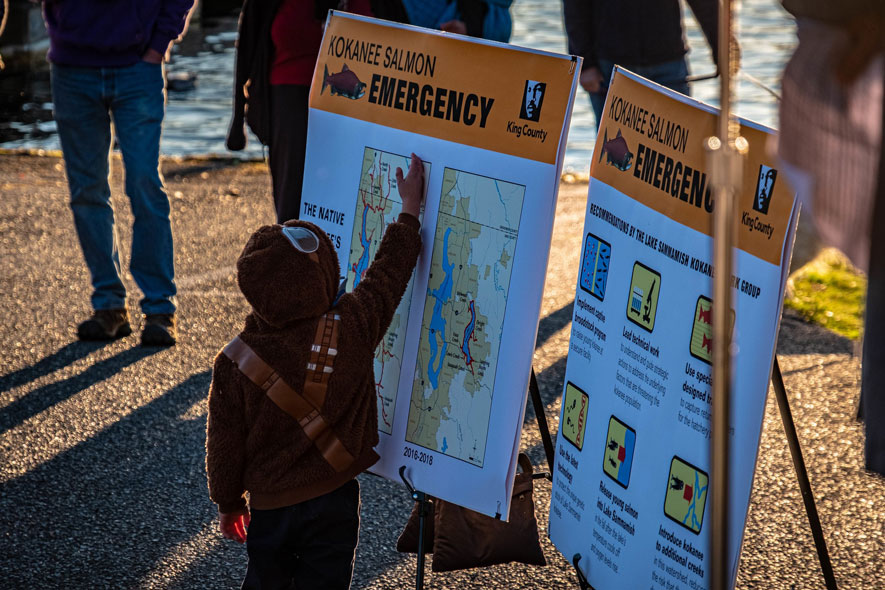 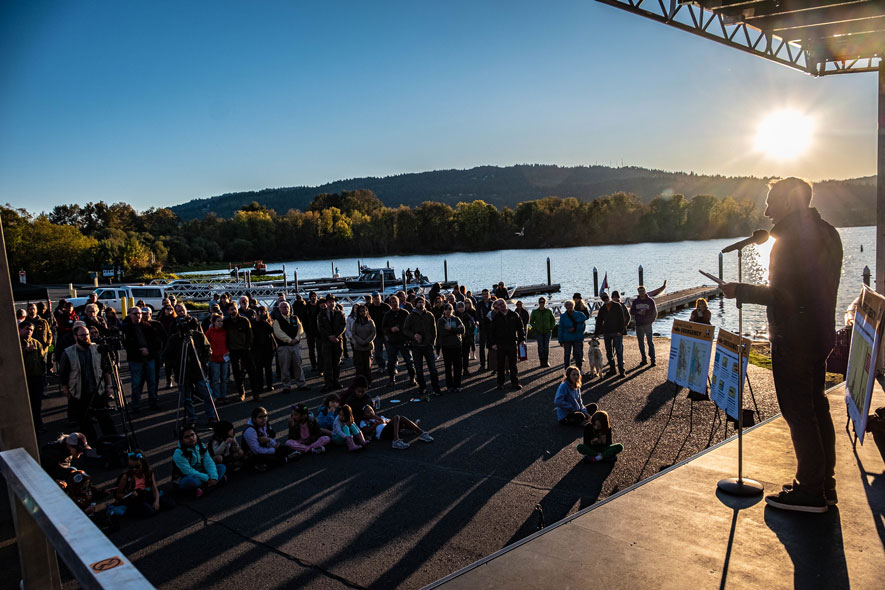 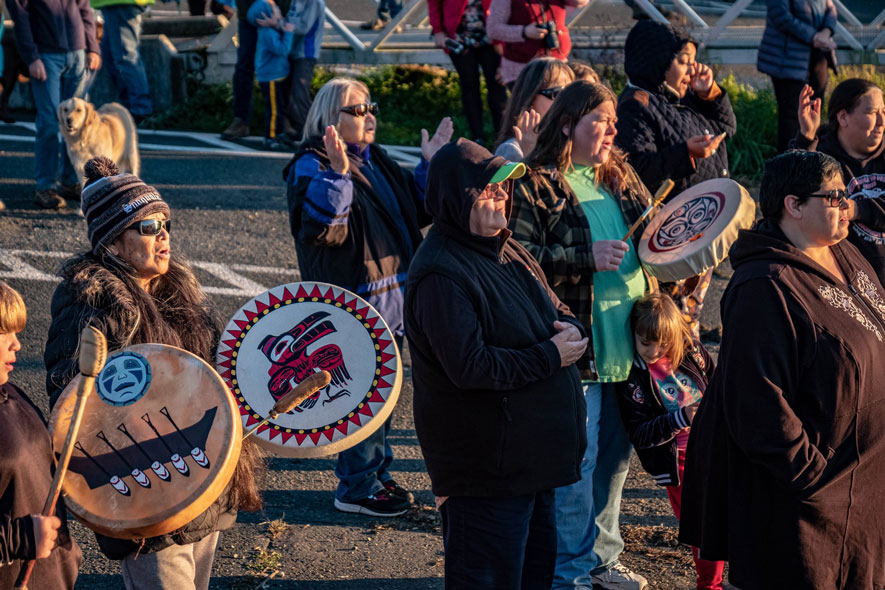 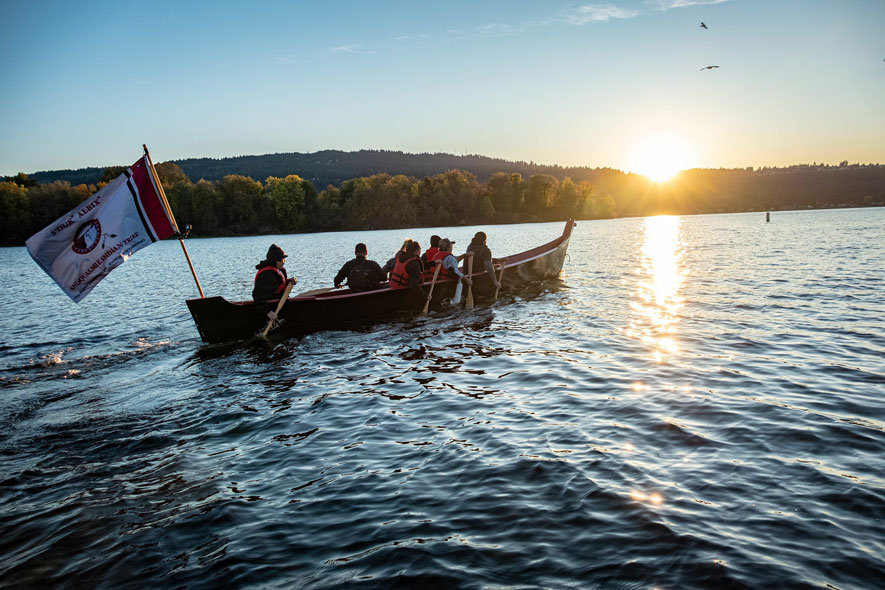 A partnership coordinated by King County released juvenile kokanee into Lake Sammamish after holding the rare native salmon in a controlled hatchery longer than usual to increase their chances for survival. Snoqualmie Tribe representatives released the first few 6-inch-long kokanee from a canoe Wednesday evening after a performing a traditional song.

It is one of several emergency actions that partners are taking to ensure the survival of the native salmon after a sudden, alarming decline in the number of spawners returning to Lake Sammamish streams in recent years.

“We are deploying every available resource and trying new techniques in a united effort to save this little native salmon that has plied our lakes and streams since time immemorial,” said King County Executive Dow Constantine. “It reflects the urgent work we are doing throughout the entire watershed – from the Cascades to Puget Sound – to protect and restore our natural environment."

The 3,000 fish are the offspring of adult Lake Sammamish kokanee salmon captured during the 2018-19 spawning run, from October through January. Those adult fish were spawned at the Issaquah Salmon Hatchery, where a portion of the young were raised until their release.

Another portion of the offspring from last season’s spawning run were transferred into a private pond along the eastern shore of Lake Sammamish. Fish in both locations were fed and protected from predators with netting.

The wild-hatched siblings of these fish moved from the small streams where they began life buried in a gravel nest along the stream’s bottom down into Lake Sammamish soon after hatching. Once in the lake, the inch-long kokanee faced becoming a meal to larger fish, including non-native predators that have been introduced to the lake, or birds.

Two more-serious threats that young kokanee have to overcome in Lake Sammamish every summer are warm water temperatures and low dissolved oxygen levels. These conditions tend to force the fish into narrow bands of cooler, oxygen-rich water, making them more susceptible to the lethal effects of predators and disease.

Scientists believe these inhospitable conditions could be largely responsible for the sharp decline in native Lake Sammamish kokanee – from more than 18,000 adult fish on the spawning grounds in 2017 to just under 120 this past season.

Executive Constantine announced in 2018 that King County would work with partners to implement recommendations by the Lake Sammamish Kokanee Work Group, a broad coalition that includes residents who live in the watershed, the Snoqualmie Tribe, the cities of Bellevue, Issaquah, Sammamish, and Redmond, the U.S. Fish and Wildlife Service, the Washington Department of Fish and Wildlife, Washington State Parks, Trout Unlimited, Mid-Sound Fisheries Enhancement Group, Mountains to Sound Greenway Trust, Friends of Issaquah Salmon Hatchery, Save Lake Sammamish, Friends of Pine Lake, Friends of Sammamish State Park, and others.

Partners released kokanee after sunset far from the lakeshore so the juvenile salmon are safer from voracious non-native predator fish, such as yellow perch.

In addition to being culturally significant, the native kokanee are important to the bio-diversity of the region. Several scientific studies show that they have a unique genetic signature, having adapted over centuries to the unique Lake Sammamish ecosystem, making them impossible to replace. Genetic diversity makes the natural environment healthier and more resilient, which is particularly important in the face of climate change.

The kokanee run that occurs in November and December – known as “the late run” – is the only remaining native run. Biologists believe the other two runs that historically occurred between late August and early November have been extinct since the 2000s.

We are deploying every available resource and trying new techniques in a united effort to save this little native salmon that has plied our lakes and streams since time immemorial. It reflects the urgent work we are doing throughout the entire watershed – from the Cascades to Puget Sound – to protect and restore our natural environment.

Without immediate action the native Kokanee of Lake Sammamish – our local ‘little red fish’ – will be gone forever. The effort leading to this evening’s release is a part of urgently needed action to save an iconic fish that has not only environmental but historical and cultural relevance.