When I took office in 2010, the County's annual budget had been increasing by about 6 percent each year.

By working with our employees and unions to reduce costs, we have significantly reduced the growth of the County budget each year - roughly matching the rate of population growth plus inflation.

Even as the demand for services increased as our population grew, and the costs of goods continue to rise with inflation, we've managed to reduce our operational costs without sacrificing quality. 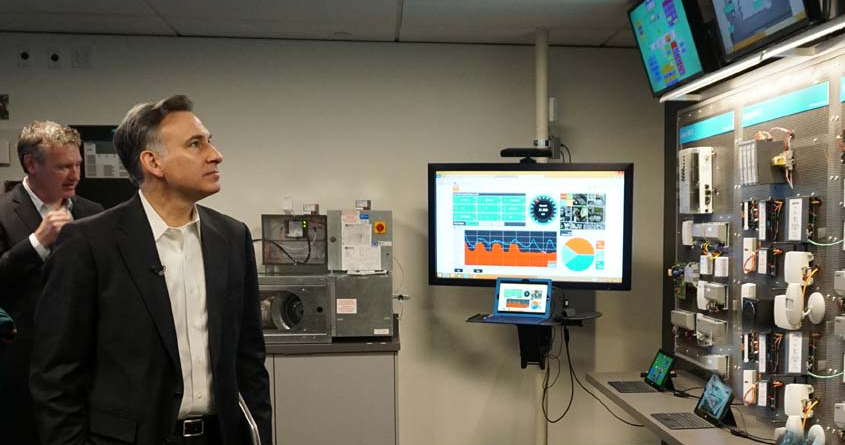 In my 2017-2018 budget, we had a 0 percent increase in payments for employee healthcare.

We’ve managed to decrease our healthcare costs while improving the health of our workforce.

One of the ways we achieved this goal was through Healthy Incentives, our employee wellness program that received Harvard’s Innovations in American Government Award.

Harvard said that both public- and private-sector organizations could learn from our innovative approach to working with represented employees to achieve a shared goal of reducing healthcare costs while improving the health of our employees.

We’ve fundamentally transformed many internal processes to make them more efficient, responsive and accessible, which has decreased our costs and improved customer satisfaction.

We’ve also made it possible for smaller contractors – including those owned by people or color or people who are members of the LGBTQ community – to compete for contracts.


A few years ago, the staff in our jails had an average of 70 inmates who were on 24-hour suicide prevention checks, costing millions of dollars in overtime. It was also ineffective because the staff was only monitoring the inmates who were most at risk, rather than providing the proper clinical intervention.

Our jail staff partnered with Public Health to focus on ways to address specific risks and needs for each inmate who entered the facility to better identify exactly which inmates would benefit from prevention checks.

We reduced the number of inmates under suicide prevention checks by 90 percent – from a daily average of 70 down to 7 – which reduced overtime expenses and provided our staff with more time to focus on providing treatment to those inmates who need the most help.

When we launched ORCA LIFT, the nation’s leading reduced-fare program for passengers who earn a lower income, we leveraged existing resources to both avoid additional costs and to ensure that it helped more people in our community.

Rather than the tradition approach of establishing a new division and making the new cards available only at Metro or another government facility, we tapped into the same network of community partners we created during the early years of the Affordable Care Act – the same network that helped 200,000 King County residents sign up for insurance.

As a result, people can sign up at more than 40 locations throughout King County – colleges, nonprofits, food banks, human service providers, health clinics and elsewhere. By making it possible for people to sign up for important services at one convenient location, we’ve reduced the amount of time people waste traversing the region to enroll in programs and more time at work or school, and more time with their families.

Our innovative approach to enrollment has been a success. Last year, nearly 5 million boardings were taken with ORCA LIFT cards. And those who have signed for a card are taking transit more often, indicating greater productivity.

Integrating Transit Agencies to Deliver the Most Service for Each Dollar

During my two years as the Chair of Sound Transit, I made it a priority to better integrate service delivered by King County Metro and Sound Transit to create a more seamless, regional transit system.

As a result, we’re now able to deliver more transit service for each dollar spent.

The Seattle area now leads the nation in ridership growth compared to the largest metro areas in the United States.

Our successful Sound Transit 3 campaign will ensure our region’s continued prosperity even as our population grows by 1 million people.