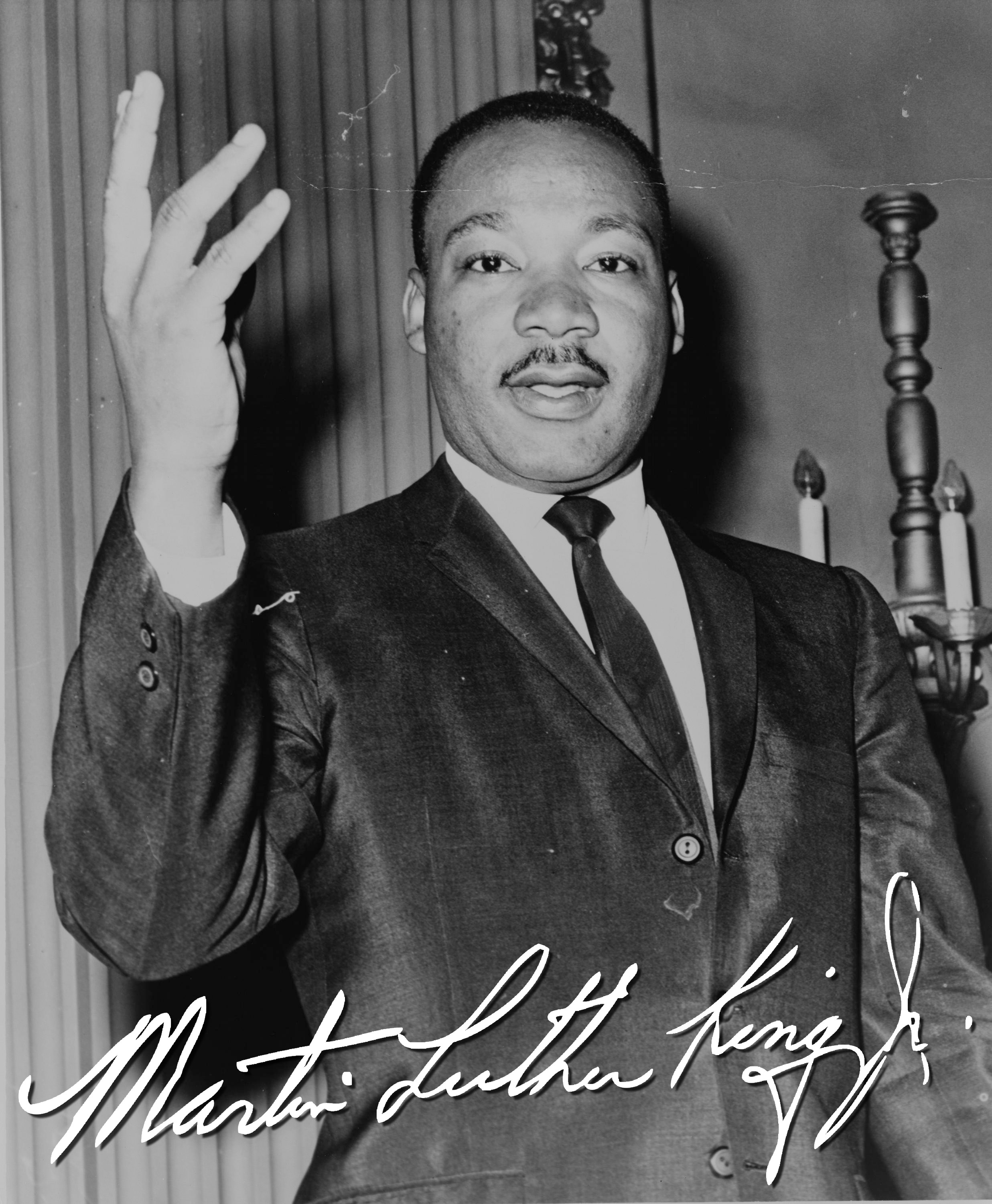 The theme and accompanying quote for our 2022 Annual Dr. Martin Luther King, Jr. Celebration are: “The time is always right to do what’s right”, and “Not everything that is faced can be changed, but nothing can be changed until it is faced.” – James Baldwin.

The 2022 Celebration list of speakers and performers will be announced as we get closer to the event date.

The 2022 Martin Luther King Jr. Celebration will be broadcast on King County TV. King County employees and community members can watch the celebration on January 13th by tuning to KCTV Channels 22 and 322 (HD) at 12pm. 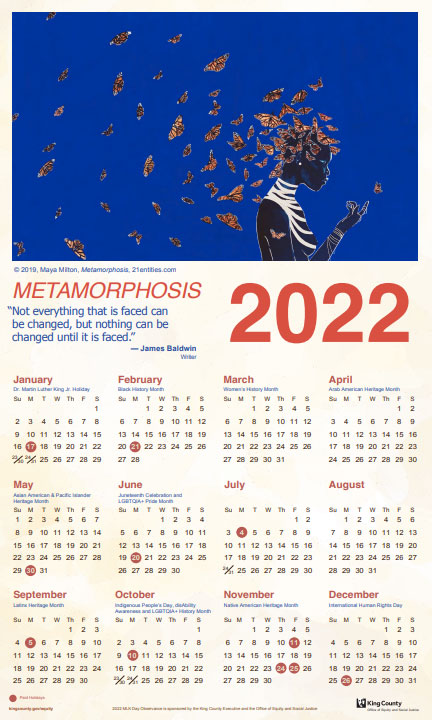 The 2022 calendar features the artwork Metamorphosis by Maya Milton, and the quote "Not everything that is faced can be changed, but nothing can be changed until it is faced." by writer James Baldwin.

Employees who want a printed 2022 Martin Luther King Jr. Calendar can request one using the form below.

Download copies to print or display on your phone or computer

Use the links below to download a digital copy of the calendar for printing yourself, or download desktop, phone and Teams meeting backgrounds. 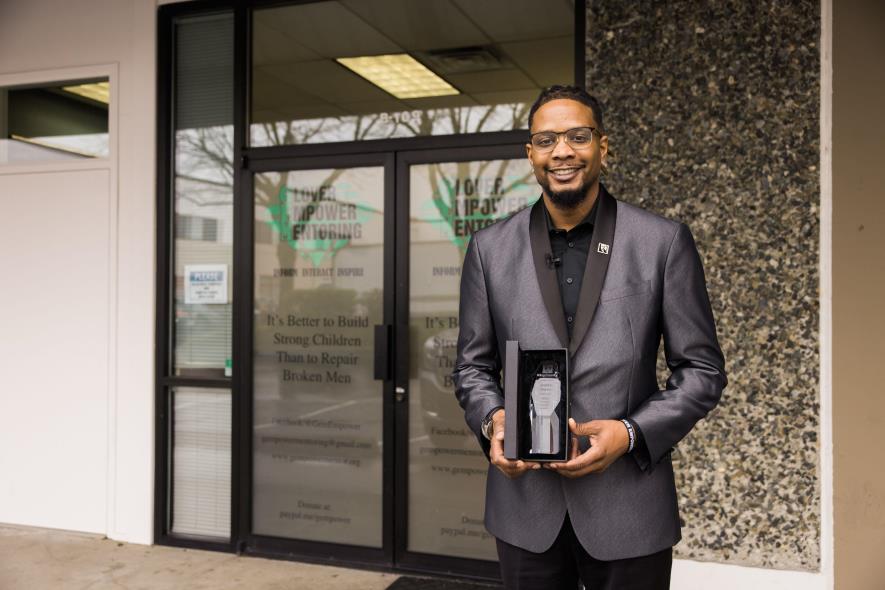 Kendrick Glover has been a leader in transforming the lives of BIPOC youth in South King County through compassionate community mentoring and restorative justice programs that create positive pathways to education, employment and healthy relationships. After graduating from college, he interned for this award’s namesake, Larry Gossett, and learned from the civil rights icon about the positive contribution he, as a Black man, could have on the lives of Black youth. He began working in SKC public schools and witnessed the need for community mentoring programs for youth at-risk of dropping out of school. He founded GEM -a community based nonprofit that offers one-on-one and group mentoring to young men in addition to academic tutoring and life skills. Kendrick also created a unique program to divert youth from the criminal justice system –the T3AMS Project at Southcenter Mall and served on the King County Juvenile Justice Equity Steering Committee. Kendrick understands firsthand the issues faced by the youth he serves –as a young man, he made mistakes that sent him to prison, but a second chance brought him to Seattle and set him on the course that led to him founding Glover Empowerment Mentoring (GEM).