Crespinel worked as a volunteer on the project, which was initiated by AmeriCorps volunteers working through the Seattle Police Department.

The mural soon became a point of pride for the neighborhood, and a tourist attraction. However, two decades of Pacific Northwest weather eventually took its toll on the artwork. So in 2015, Crespinel returned to the corner with his son Nicholas and restored the mural to its former glory. 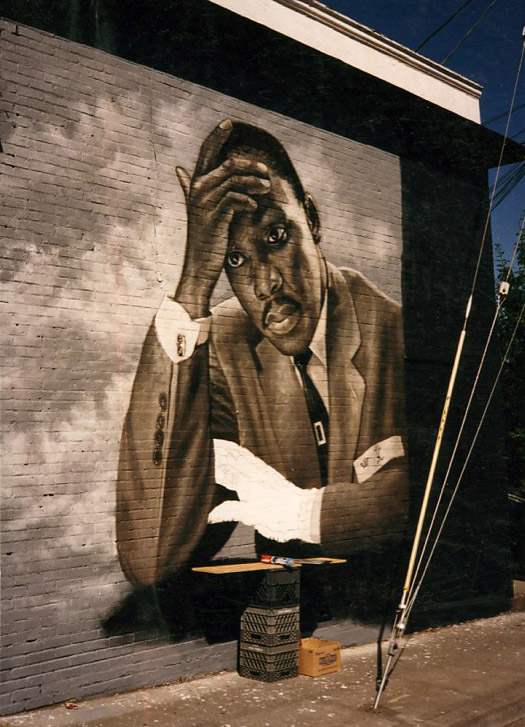