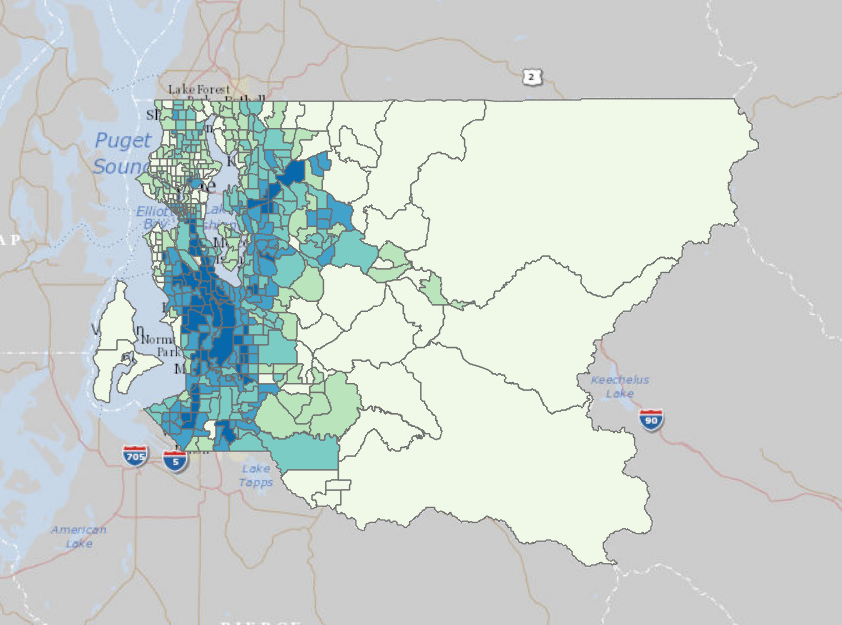 This Census Viewer application provides language, income, poverty, race and ethnicity information by census tract in King County. These maps are intended to be used by county staff for community engagement, program planning, and equity analyses. The maps are also meant to help other jurisdictions and members of the community better understand the county’s population.

This map viewer displays census data for King County. This data includes languages spoken at home by Public Use Micodata Area and population demographics, race demographics, equity scores, and demographic indexes for Census Tracts. Population and race demographics come from the American Community Survey 5 Year Average (ACS) provided by Esri's Living Atlas. The indexes are also based on the ACS. Since this data is based on a surveys, it is considered to be an estimate and should be used with that understanding.