A finding is a conclusion reached as a result of a misconduct complaint investigation. Learn more about findings below. 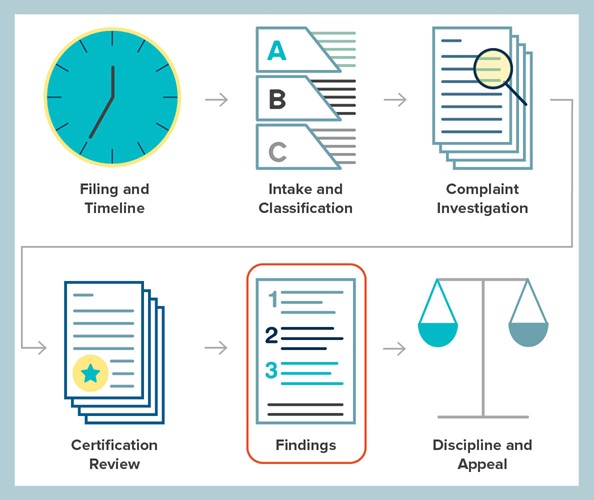 A finding provides an analysis of the facts collected during the investigation. The Sheriff’s Office policies state the standard of proof to sustain an allegation generally requires a “preponderance of evidence” (i.e., “more likely than not”) that the policy violation occurred based on the facts. However, the higher standard of proof of “clear and convincing evidence” is used if criminal or serious misconduct is alleged, and there is a likelihood of suspension, demotion, or termination.

Disposition(s) imposed in a finding is used to inform what discipline, if any, should be issued against the accused employee.

King County Ordinance grants OLEO the authority to monitor and review IIU cases, and the ability to recommend independent findings.

OLEO is currently exploring exercising this authority to recommend independent findings on select cases that will inform ways to grow OLEO’s capacity and resources to expand findings work in the future.