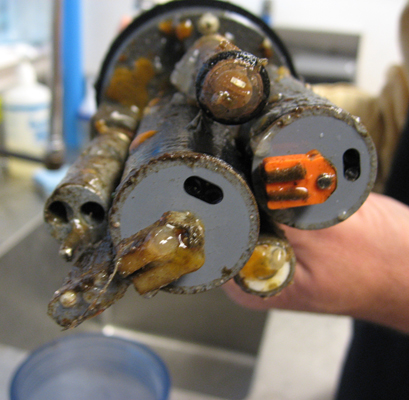 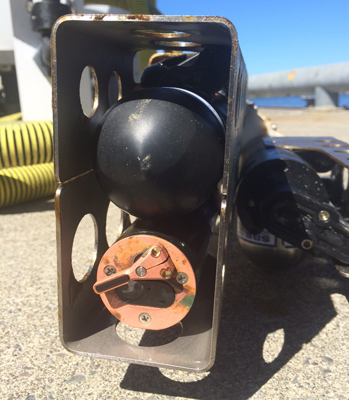 The YSI 6600 V2 datasonde consists of a cylindrical, pressure-resistant body with a cable connection at one end and an array of external sensors on the opposite end. The Sea-Bird HC-EP has an internal flow path with an integral pump for some of the sensors, as well as an external optical sensor with a copper faceplate for chlorophyll and turbidity. Both types are configured to receive external power and communicate via SDI-12 to a datalogger.

In addition to the datasondes deployed at each site, several other sensors are deployed at specific sites (see Deployments). Additional sensors included:

The following table provides specifications for each of the sensors:

The sensors at each mooring are connected to WaterLOG Storm 3 data-logger, which is configured to collect measurements every 15 minutes. These data-logger and telemetry units collect and transmit real-time data via cellular modem to the marine moorings database. 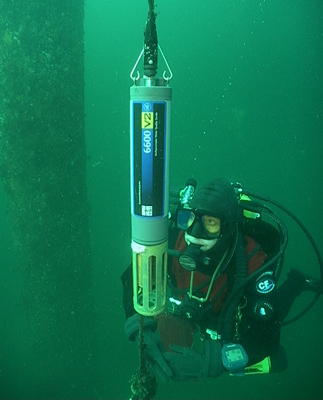 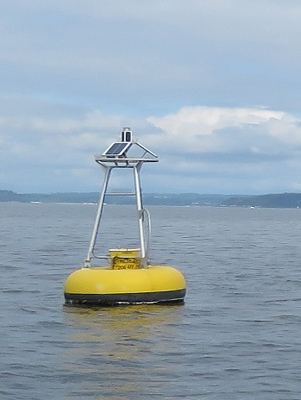 The Elliott Bay mooring system is located at, and is a joint project with, the Seattle Aquarium. The mooring system is comprised of two sonde/sensor arrays that are deployed from the Aquarium’s pump house at the end of Pier 59. A weighted-pulley system allows the two data sondes to be deployed at fixed depths – approximately one meter and ten meters below the surface. Prior to March 14, 2019, the meteorological system was located on the roof of the pump house. Prior to September 27, 2017, two YSI 6600 V2 sondes were deployed at this site.

The outer Quartermaster Harbor mooring system is located in Dockton Park. It’s deployed as a fixed, piling-mounted system, one meter above the bottom on the outermost pier at the Dockton Park marina. As a fixed system, the total water depth, at any given time, fluctuates with the tidal cycle. The sonde is deployed at depths that generally range between 4.5 and 8.5 meters below the surface. The meteorological system is located at the top of one of the pier’s pilings. Prior to December 13, 2017, a YSI 6600 V2 sonde was deployed at this site.

The mooring system located in Central Puget Sound off of Point Williams is deployed from an oceanic buoy. The mooring system, which includes a HC-EPdatasonde, SeaFET sensor, and SUNA sensor, is deployed 1 meter below the surface. Beginning in March 14, 2019, a Vaisala meteorological system was installed on the buoy, with a RM Young wind monitor HD for wind direction and speed. Prior to February 15, 2017, a YSI 6600 V2 datasonde was deployed at this site.