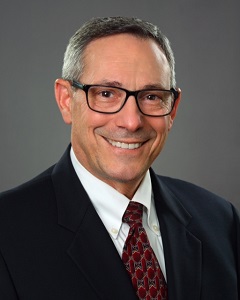 Michael Finkle has served as a judge of the King County District Court (KCDC) since March, 2010. He currently presides at the KCDC Issaquah courthouse, where he handles primarily civil matters and East King County Regional Youth Traffic Court. Judge Finkle also has an extensive background in criminal law; In addition to previously serving as a criminal trial judge, Judge Finkle has presided over the district court’s Regional Mental Health Court and Regional Veterans Court.

Judge Finkle currently serves on a number of other statewide committees, such as the Judicial Assistance Services Program, the District and Municipal Court Judges Association’s (DMCJA) Therapeutic Courts Committee (which he previously chaired), and the DMCJA’s Rules Committee.  He is a past member of the DMCJA Board and the DMCJA’s Legislative Committee.

Judge Finkle is known throughout the state for his expertise in mental health law and the judicial system.  He currently serves on the “Trueblood General Advisory Committee”, or GAC.  The GAC is part of the governance structure for a settlement agreement to improve the state’s response to people who have a mental illness and come into contact with the criminal justice system.  He has also served on King County’s Mental Illness and Drug Dependency (MIDD) Oversight Committee, which administers a multi-million-dollar budget.  The MIDD was established to help stabilize people who have mental illness or chemical dependency and to divert them from jails and emergency rooms by giving them proper treatment.

As an attorney, Judge Finkle served on several other work groups and task forces devoted to increasing access to justice while protecting public safety.  He served on the statewide task force that recommended creating mental health courts in this state.  Soon after, he participated in forming Seattle Municipal Mental Health Court, the fifth mental health court in the nation (King County Regional Mental Health Court was the second). He also served on the State Bar’s Diversity Committee for two years, the state’s Designated Mental Health Professional Protocol Advisory Committee for two years, and the Sexual Offender Civil Commitment Subcommittee of the State Bar’s Committee on Public Defense for two years.  He also served on the task force that recommended creating a domestic violence unit within the Seattle City Attorney’s Office.  He helped create that unit and served as its interim co-director for one year.  He also served on a Domestic Fatality Review work group.

Judge Finkle is a Past President (2000) and former Board Member of the Washington State Association of Municipal Attorneys (WSAMA).  In 2010, he received WSAMA’s Ernest H. Campbell Award for sustained excellence in the practice of municipal law, and in 2003, he received its inaugural “Outstanding Service Award.”

Judge Finkle has taught law at all levels, from judges to psychiatrists to high school students.  He is a currently on the faculty of the Kessler-Eidson Trial Techniques Program at Emory University Law School in Atlanta.  He also served as an adjunct professor of law at Seattle University School of Law for 17 years.  Once each year, Judge Finkle helps the psychiatry residents at the University of Washington Medical School learn skills for testifying at contested hearings.  In addition, Judge Finkle has taught courses at the National Judicial College, the Washington State Judicial College, and the National Institute for Trial Advocacy.  Judge Finkle taught in the Trial Advocacy Program for the State Bar from 1991-2000 and received a special recognition award from the Bar in 1997.

Judge Finkle also teaches through his volunteer efforts.  He hosts and judges at one of the regional tournaments for the YMCA High School Mock Trial program, serves as a judge at the State Tournament, and as an assistant coach and consultant for several schools as they prepare for the state tournament.

A popular speaker, Judge Finkle has given over 130 presentations nationally, regionally, statewide, and in Canada on law-related topics such as understanding mental health law and policy issues.  His audiences have included judges, prosecutors, public defenders, private criminal defense attorneys, law enforcement, mental health professionals the elderly, students from elementary school through law school, and members of the general public.

Judge Finkle began his legal career in 1981 as a business lawyer at a medium size private law firm.  In 1986, he entered public service as a deputy city attorney with the Los Angeles City Attorney's Office.  He was assigned to the Criminal and Special Operations Divisions.  His duties included trying criminal cases, handling writs and appeals, and advocating for the rights of indigent tenants as a member of the city’s elite Housing Enforcement Section in a large-scale civil unfair business practice lawsuit.  In 1990, Judge Finkle joined the Seattle City Attorney’s Office, where he served as a supervising attorney in the Criminal Division until he took the bench in 2010.