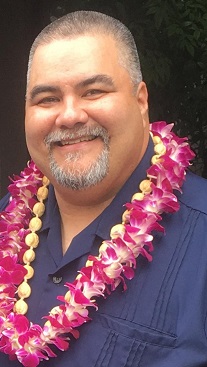 The King County Council unanimously appointed Judge Fa’amomoi (“Moi”) Masaniai to the King County District Court bench in 2021. Active in the Puget Sound Region’s Pacific Islander Community, Judge Masaniai is the first judge of Samoan heritage to serve on the bench of a court in Washington state. He also is believed to be the first graduate of the Washington State Bar Association’s Rule 6 Law Clerk Program to be appointed to the bench.

Prior to his appointment, Judge Masaniai served as a pro tem judge in numerous municipal courts in King and Pierce counties. Additionally, his legal experience includes work in both criminal defense and prosecution. He has argued cases in numerous legal venues, including district and municipal courts in Washington state; the United States District Courts for Western and Eastern Washington; the United States Bankruptcy Court; and courts in American Samoa. Judge Masaniai also is a former federal appointed independent prosecutor whom the High Court in American Samoa assigned to prosecute human trafficking, fraudulent immigration matters and public corruption in American Samoa.

Judge Masaniai notes that he grew up “in the poorer parts of town in Seattle and San Francisco.” He adds, “I am honored and humbled to have the opportunity to serve the people of King County as a district court judge. In the Samoan community, love, respect and honor are important values, which I am committed to bring to all people who come into my courtroom.”