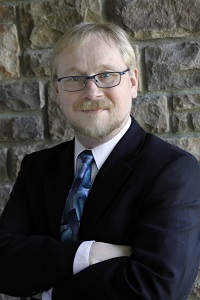 Judge Matthew York was appointed as a King County District Court (KCDC) judge in April, 2017, and subsequently elected in November, 2018.  He is currently the KCDC Chief Presiding Judge. Judge York is involved in the District and Municipal Court Judges Association (DMCJA) and serves on several committees.

He deeply believes that a justice system must be accessible to all people, and promises to never forget what it is like to visit a courtroom as a party or advocate. A courtroom can be intimidating and confusing, so Judge York strives every day to make sure no one appearing in his court leaves without having their questions answered and the opportunity to be heard.

Prior to joining the bench, Judge York served as a prosecuting attorney and as a civil attorney at a county and municipal level. He extensively served as a judge pro tem in courts all over King County since 2008, where he gained extensive experience as a judge for criminal and civil matters.

Judge York graduated from the University of Nevada, Reno, with a B.A. in Communications and from the Willamette University School of Law with a Juris Doctorate and a Certificate of Dispute Resolution.

Raised in Southern Nevada by a single mother of four children, Judge York attempted to put himself through college by working at a movie theater. When that became unsustainable, he dropped out of school and worked various jobs. After managing a sandwich shop, working as a 7-11 clerk, and as a road maintenance worker for Clark County, Nevada, Judge York managed to pay off his debt and save enough money to return to college.

After meeting his wife while in law school, he started his first legal job with the King County Prosecutor’s Office, where he advocated in both a criminal law and civil law context. His trial work included cases ranging from traffic infractions to a murder allegation. Starting with the Seattle City Attorney’s Office in 2010, he supervised DUI prosecution and infraction prosecution before transitioning to a community liaison position with the civil division. He now lives with his wife and children in south King County.

Judge York is an active volunteer in the community, including serving on the boards for two south King County organizations; cleaning parks in south King County every month; helping youth express themselves with art; volunteering to mentor and judge moot court competitions; and actively pursuing opportunities to increase the critical thinking skills of the youth of King County.