King County is located in an area known as the Pacific Ring of Fire, a distinctive zone marked by the prevalence of earthquake and volcanic activity. Washington State is framed by the Pacific, North American, and Juan de Fuca plates, which are segments of the Earth's crust. King County also has numerous fault lines - cracks in the crust - that are active and expected to create large magnitude earthquakes. On an annual basis, thousands of minor earthquakes happen in the greater Puget Sound. Most of these earthquakes go unnoticed.

Earthquake scenarios have been developed by emergency management professionals to identify areas of greatest vulnerability to earthquake damage. While these scenarios should not be viewed as absolute predictors, they can help emergency management professionals and residents think through "what if" challenges and develop contingency plans for disaster response and recovery.

In June 2016, King County Emergency Management participated in a four-day exercise called Cascadia Rising that tested plans and procedures for responding to and recovering from a 9.0 Cascadia Subduction Zone quake. Emergency management professionals and first responders throughout the Pacific Northwest joined in this drill in order to test their response and mutual aid plans. The lessons learned from Cascadia Rising will be used to update and refine our earthquake response plans, which will help King County be more resilient when a real quake happens.

Since King County is "Earthquake Country," being prepared for the next tremor should be a priority and part of your individual, family, school, and business disaster plan. 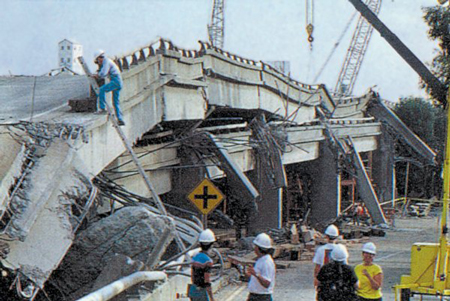 When the earth shakes... know what to do.

Drop, Cover, and Hold On!

A popular, yet misleading, message continues to circulate on the Internet and social media that promotes the "triangle of life" technique for surviving an earthquake. This technique incorrectly claims that people can use "voids" or "empty spaces" as a way to survive earthquakes. Methods like standing in a doorway, laying alongside furniture, or running outside are considered dangerous and are not recommended. Here's why:

Be informed, and tell others: "Drop, Cover, and Hold On" is still your best move to reduce injury and death during an earthquake in the United States.

Being ready for an earthquake includes practicing what you'll do when the earth shakes so that a safe response becomes automatic. Residents and businesses are encouraged to participate in the annual Washington Great ShakeOut earthquake drill.

How to prepare for an earthquake


What to do during an earthquake