Thunderstorms can bring heavy rains, strong winds, hail and lightning. A thunderstorm is formed from a combination of moisture, rapidly rising warm air, and a force capable of lifting air such as a warm or cold front, a sea breeze, or a mountain. All thunderstorms contain lightning. Thunderstorms may occur singly, in clusters, or in lines. Thus, it is possible for several thunderstorms to affect one location in the course of a few hours. Some of the most severe weather occurs when a single thunderstorm affects one location for an extended time.

Lightning is an electrical discharge that results from buildup of positive and negative charges within a thunderstorm. When the buildup becomes strong enough, lightning appears as a "bolt." This flash of light usually occurs within the clouds or between the clouds and the ground. A bolt of lightning reaches a temperature approaching 50,000 degrees Fahrenheit in a split second. The rapid heating and cooling of air near the lightning causes thunder. Lightning is a major threat during a thunderstorm.

Although rare in our region, tornadoes are the most violent weather phenomena known. A tornado is characterized by a twisting, funnel-shaped cloud. The most severe tornadoes can produce winds in excess of 250 MPH. Tornadoes are produced by thunderstorms and occur when cold air overrides a layer of warm air, forcing the warm air to rise rapidly. Five tornadoes have been sighted in King County since 1950.

It is important to be prepared for all potential severe storm hazards, regardless of frequency. 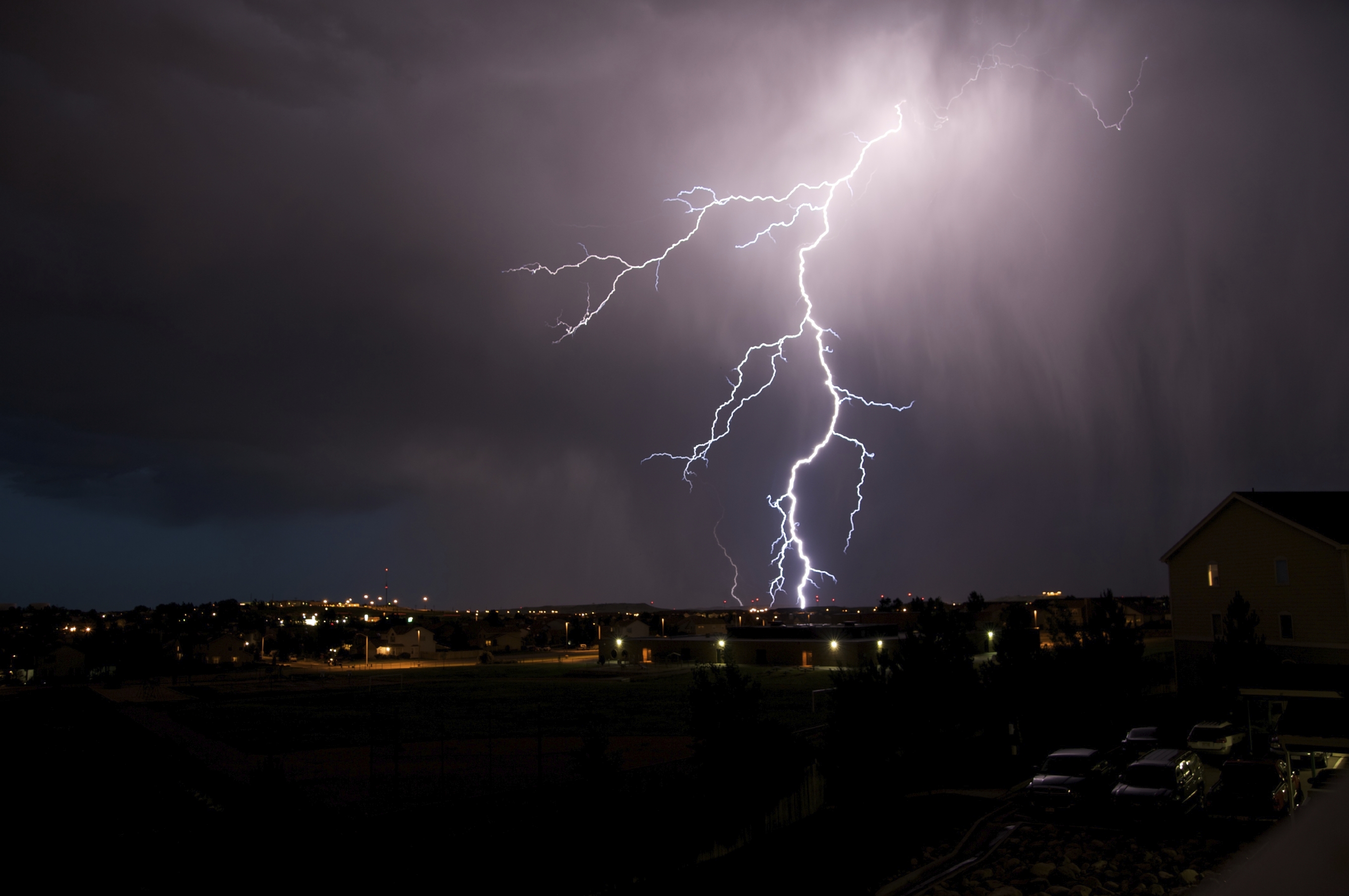 How to prepare for thunder, lightning, and tornadoes

What to do during a thunder, lightning, or tornado event