Tourism dollars are a major economic driver in our state and, especially, here in King County. In addition to paying sales taxes and other fees, King County visitors pay a small tax on their lodgings—whether that’s a hotel or another kind of temporary residence.

This tax, called the “lodging tax” or the “hotel/motel tax,” is a critical revenue stream which helps ensure that our region is a thriving, dynamic place. 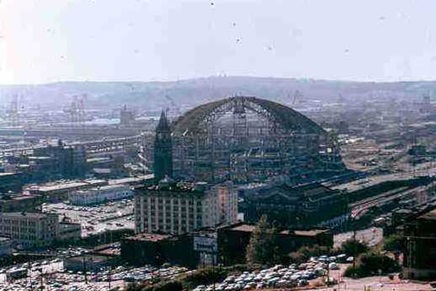 CenturyLink Field will be all paid off in 2020, and the Legislature directed that lodging tax funds should fund different priorities in 2021 and beyond.

This left some residents with questions about how the tax can be spent, how it’s collected, and how much it costs residents and businesses.

Here are a few answers to frequently-asked questions about this complex issue:

What is the lodging tax?

Washington authorizes counties and cities to impose an excise tax of two percent on the sale of or charge made for the furnishing of lodging for periods of less than 30 consecutive days.

The tax is applied to a variety of lodgings, including motels, RV parks, and summer camps. A full list of which lodgings are included, as well as various rates and definitions, can be found at the Department of Revenue’s website.

Cities or counties may decide to adopt this tax in order to create an additional revenue stream in order to pay for tourism activities, such as the construction and maintenance of sports stadiums. King County is the only exception to this specification; the Legislature has directed the use of lodging tax funds for other civic necessities.

How does King County use the lodging tax?

Seven years ago, the Legislature began to consider what would happen to lodging tax funds after the last sports stadium debt was finally retired in 2020. 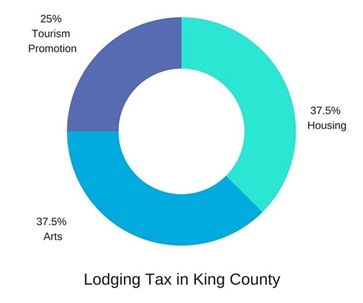 The Legislature determined that, by 2021, at least 37.5 percent of the tax revenues must be used for affordable workforce housing and services for homeless youth.

An equal portion – at least 37.5 percent —must fund art, cultural and heritage facilities, as well as the performing arts.

The remainder — just 25 percent or less of the total revenue collected in King County — may be used toward tourism promotion, which includes sports stadiums and events.

In 2016, the King County Council and Executive Dow Constantine committed $87 million in bonds to be repaid from future lodging tax revenue, which is projected to fund roughly 1,700 preserved and new units.  To date, 1,041 have already been preserved or will be under construction this year or next. The total number of units will depend on the level of affordability, whether the housing is preserved or new, and location. 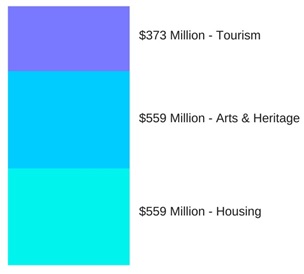 In June 2018, Executive Constantine announced a proposal to generate an additional $100 million of bonds for housing to be repaid by lodging tax revenues.

These funds could be made available to build housing units for people earning between 30 percent and 80 percent of Area Median Income (AMI), with a likely focus on 30-60 percent of AMI. Working with the King County Council and stakeholders to develop successful models, the Executive proposes to maximize the impact of these funds by incentivizing:

Does selling bonds for affordable housing projects now mean there will be less money available in the future?

Selling bonds enables King County to make more money available immediately, to better meet the community’s immediate needs for affordable housing. Later revenues from the lodging tax will be deployed to pay the debt service of the bonds.

Who will manage the 37.5 percent for arts-related investments?

Beginning in 2021, by state statute, King County will transfer 37.5 percent of lodging tax revenue – roughly $14.4 million in the first year and expected to rise over time – to 4Culture to support art, cultural and heritage facilities, as well as the performing arts.

From 2021-2045, the lodging tax is expected to generate approximately $559 million for arts and heritage.

How much of the lodging tax is dedicated to tourism-related activities?

Since the lodging tax impacts the hospitality industry, legislators wanted to make sure a portion of the revenue boosted tourism.

Where does Safeco Field fit into the lodging tax?

Executive Constantine proposes allocating the tourism-related funds beginning in 2021 to programs and facilities that attract visitors to the region, as directed by state statute. This would include a new fund, in coordination with the visitor industry, to bring tourists and business travelers to the region, an allocation to the public facilities districts that own Safeco Field and the ShoWare Center, and other investments as determined by the King County Council.

Safeco Field is the largest tourist attraction in the northwest, second only to the Pike Place Market.

The dollars would be part of a Capital Expenditure Fund to maintain the 20 year-old ballpark, such as plumbing, electrical, HVAC systems, and retractable roof upkeep. The Mariners also contribute to the Capital Expenditure Fund, as does the Washington State Major League Baseball Stadium Public Facilities District via parking and ticket taxes.

Under the proposed motion, the City of Kent Special Events Center Public Facilities District will receive about $203,000 of lodging tax in 2021 to support capital maintenance of the ShoWare Center sports and events facility in Kent.

Why don’t we spend the money on homelessness or other important issues?

King County is fortunate to be a major tourism destination in Washington, with numerous sports teams, universities, and arts organizations that draw visitors from all over. As such, revenue from the lodging tax is a reliable source of income that can be used for planning, growth, and maintenance.

However, the State of Washington determines which funds may be allocated for which purposes, and any money not used for housing or the arts must be used for tourism.