Spores from Clostridium botulinum are found worldwide in soil, agricultural products, and animal intestinal tracts. Illness is caused by the toxin produced by the bacterium after germination. Foodborne botulism results from consuming food that has been improperly handled or preserved. Infant or intestinal botulism occurs almost exclusively in children under one year of age when ingested spores germinate and colonize the intestines. Wound botulism occurs when C. botulinum infects a break in the skin. Outbreaks of wound botulism have occurred among persons who inject illicit drugs. 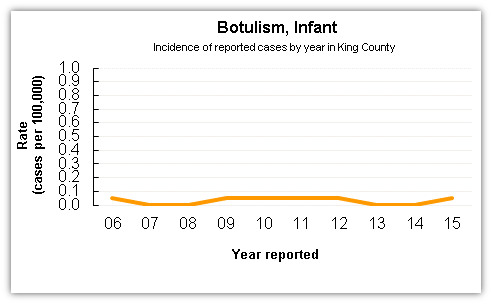 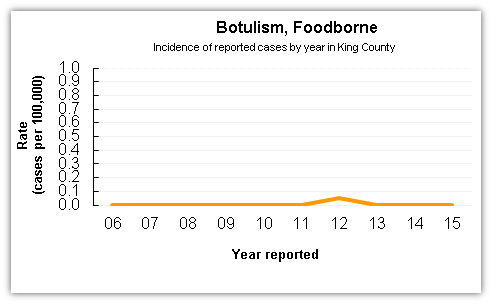 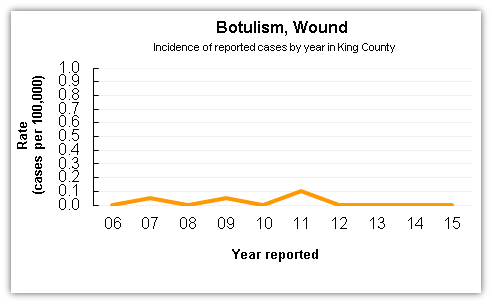 One case of botulism in an infant was reported in 2015; the illness was caused by toxin type A. The infant required hospitalization but survived.

Each year in Washington state between zero and two cases of foodborne botulism, zero and six cases of infant botulism and zero and seven cases of wound botulism are reported. Most cases are type A botulism.