Q fever is caused by the bacterium Coxiella Burnetii. The infection occurs in animals including sheep, goats, cattle, some wild mammals, dogs, cats, birds, and ticks. Human exposure is typically through inhalation of dust that is contaminated with animal matter such as excrement and placental or birth fluids. Transmission also occurs by direct contact with infected animals and other contaminated materials, such as wool, straw, fertilizer, and laundry. Ingestion of raw milk from infected cows may be a potential source of exposure. Direct transmission by blood or marrow transfusion has been reported. Q fever is endemic in areas where reservoir animals are present, and occupationally affects veterinarians, meat workers, sheep workers, farmers, and occasionally dairy workers. 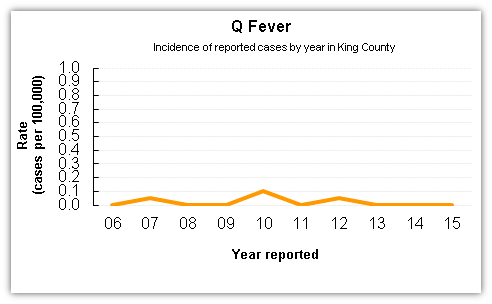