About the Needle Exchange

Needle exchange is a public health program for people who use drugs by injection (PWID). It is an important component of a comprehensive set of programs designed to reduce the spread of HIV and other blood-borne infections among people who inject drugs, their families and communities. Nationally, about a quarter of all people living with AIDS acquired HIV infection directly or indirectly through injection drug use: either from sharing injection equipment, having unprotected sex with an injection drug user, or transmission to children born to injection drug users.

Needle exchange programs provide new, sterile syringes and clean injection equipment in exchange for used, contaminated syringes. They also get drug users into drug treatment and health care. Other services include testing for HIV, hepatitis, TB and other infections to which drug users are prone; treatment readiness counseling and case management services; education about harms associated with drug use and how to minimize them; and safe disposal of contaminated equipment. 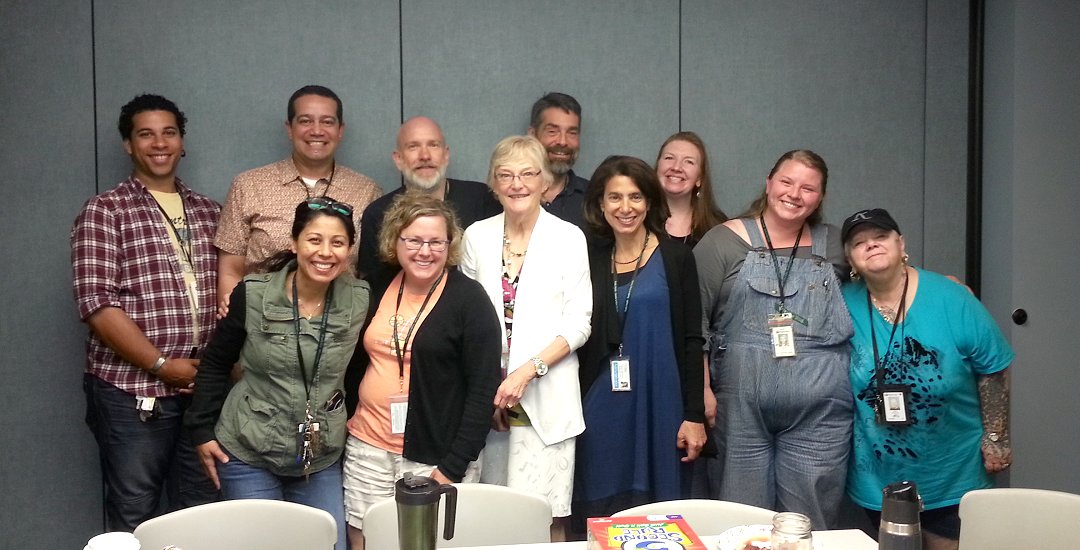 Why does King County have a needle exchange program?

There are likely 18,000-20,000 PWID living in King County. Needle exchange is the most effective strategy available to prevent HIV in members of this population who are not in drug treatment. It also protects non-injecting family members and sex partners. Without a vaccine or a cure, prevention is the only tool we have to control the spread of HIV. Public Health provides needle exchange for four reasons:

King County's program has also been successful in getting PWID off the streets and into drug treatment. In the last two years, Public Health needle exchange program placed 739 people in drug treatment.

How much does needle exchange cost?

Who pays for the needle exchange? 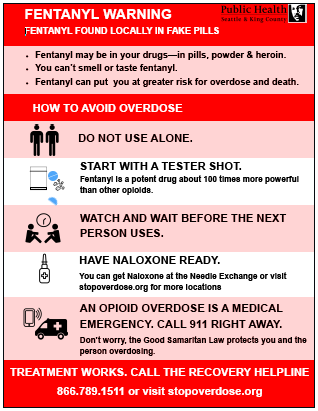 Black tar heroin may be contaminated 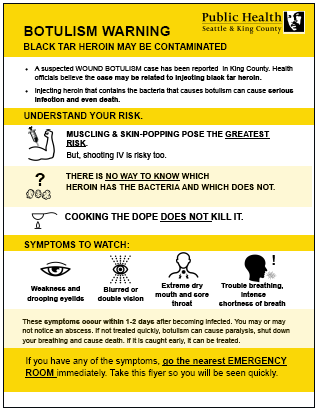 WARNING: Injecting heroin that contains Clostridium can cause serious infection and even death.
Learn more about Clostridium: English | Spanish