West Nile virus is spread by mosquitoes. It was first found in Africa in 1937, but it did not appear in the U.S. until 1999. After being discovered in New York, where it killed birds at a zoo and infected people, it spread westward across the U.S. and Canada. In 2006, West Nile virus was detected in King County for the first time. West Nile virus has now become established in Washington state. Wild birds become infected with West Nile virus and mosquitoes spread the virus to other birds and to humans. People with the virus may have no symptoms, or they may have illness ranging from mild to severe. In the severe forms, West Nile virus affects the nervous system and may result in disability, paralysis or death. Horses are also at high risk of contracting and dying from West Nile virus. 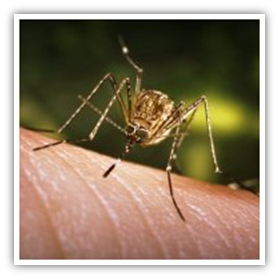